In Memory of
William R. "Bill"
Deveaux
Click above to light a memorial candle. 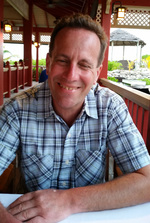 Northborough/Marlborough
William R. “Bill” Deveaux, devoted father and widely-respected electrician, passed away on Saturday morning, December 10, 2016, from injuries sustained in a work accident; he was 55 years old. Bill resided in Northborough from 1986 until 2007, when he accomplished a lifelong dream and purchased his home on Lake Quinsigamond in Worcester. Among his survivors, he leaves his life partner, Tina Elevado; his parents, Robert W. and Jacqueline M. (Breton) Deveaux of Marlborough; four sons of whom he was very proud: Alex P. and his wife Shana of Barnstable, Nathan J. of Northborough, Dana M. and Devin R., both of Clinton; one sister, Cheryl M. Beaudoin and her husband Thomas of Boston, formerly of Acton. He also leaves his niece Kyra Beaudoin of Boston, nephews Bryan and Kyle Beaudoin of Boston, Maddox and Braden Murphy of Holden, and countless friends.
Bill was born on April 26, 1961, in Waltham, and spent his childhood in Marlborough, attending Marlborough Public Schools prior to enrolling in the Electrical Wiring program at Assabet Valley RVTHS, Class of 1979. After graduation, having completed his Journeyman Electrician License, Bill worked several years for Raytheon, specifically the Waltham, Sudbury and Marlborough plants. Hardworking and honored to be a second-generation electrician, Bill proudly established William Deveaux Electric, LLC. in 2002. As a businessman, Bill was known for his integrity and professionalism towards the trade. As a father, Bill dedicated himself to raising his four sons and cherished his time with them, from coaching Northborough Youth Soccer and other travel sports to family ski trips, camping and boating.
A lifelong Bruins fan, Bill served as Timeout Coordinator for the Boston Bruins, a position he had fulfilled since 2007. In his spare time, he could be found renovating his home, spending time on the lake skiing, boating, and enjoying the quiet of Lake Quinsigamond. Bill also took pleasure in darts and was an avid billiard player with the Hudson Pool League, assisting them to the finals on several occasions.
Calling hours for Bill will be held from 4-7 pm on Friday, December 16, 2016, at the Hays Funeral Home on 56 Main Street in Northborough. A Funeral Mass will be held at 10 am on Saturday, December 17, 2016, in the St. Rose of Lima Parish on 244 W. Main Street in Northborough, with burial following in Howard Cemetery. In lieu of flowers, the family asks to please consider contributing in Bill’s name to the Boston Children’s Hospital Trust, 401 Park Drive, Suite 602, Boston, MA 02215 (http://giving.childrenshospital.org)

To send flowers to the family or plant a tree in memory of William R. "Bill" Deveaux, please visit our Heartfelt Sympathies Store.