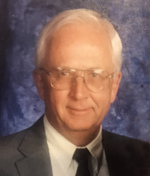 NORTHBOROUGH
Robert Lundstrom Wixted, known as Bob, died on January 16, 2017 at Coleman House in Northborough, Massachusetts following a brief illness.
He is survived by his wife of 55 years, Carolyn Conley Wixted, his brother Tim Wixted of Harbert, MI, his daughter Ellen Wixted and son-in-law Frank Renna of Bainbridge Island, WA, his daughter Beth Wixted Carpenter and son-in-law Tim Carpenter of Cazenovia, NY, his son John (Jack) Wixted and daughter-in-law Kristen Donovan Wixted of Northborough, MA, his daughter Susan Wixted Merrell and son-in-law Glen Merrell of Starkville, MS, and ten grandchildren. We will all miss his kind and cheerful soul, his bright and curious intellect, and most of all, his loving heart.
Bob was born December 3, 1935 in Chesaning, Michigan, to doctors John and Julia Lundstrom Wixted. While his father served as a physician in the Pacific theatre during World War II, Bob and lived with his mother in Chicago where she worked. Following the war, the family settled in Mishawauka, Indiana. Bob graduated from Mishawauka High School in 1954.
Bob graduated with a BA from the University of St. Thomas in St. Paul, Minnesota, and with a BS in Mechanical Engineering and a MS in Engineering Science from Notre Dame University in 1959. After meeting Carolyn through a mutual friend, the two married in 1961, and began their life together in Albuquerque, New Mexico, where Bob worked at the Los Alamos National Laboratories designing triggers for nuclear weapons.
After settling in Wakefield, Massachusetts, the family moved to Maui, Hawaii for several years, where Bob ran an astronomical observatory. Upon returning to the Boston area, Bob worked on a variety of defense-related and scientific research projects throughout his long career, including time in Colorado and at Princeton University. His scientific career culminated with his work on the Superconducting Super Collider and the Large Hadron Collider at CERN.
Bob’s basement workshop was a marvel, and included everything from fine woodworking tools to welding equipment, wine making gear, and home-made early computers built from salvaged parts (some worked, others burst into flames when turned on). Game for any new project, Bob’s contributions to his kids’ science fair projects were legendary. One summer, his research into early sundials led him to create an incredible painted example that used a child's shadow to accurately indicate the time at a local elementary school in Wakefield. An avid pilot, Bob was an enthusiastic member of the Experimental Aircraft Association (EAA). After attending several annual EAA Fly-Ins, he decided he would build his own small airplane, a project that consumed him for many years. His curiosity was insatiable, and his willingness to tackle projects large and small with delight had a profound influence on his children and those who knew him.
As evidenced by the enormous number of books he left behind, Bob’s interests were unusually wide and varied. His enthusiasm for topics from Renaissance painting to raising tomatoes and the civil rights movement was infectious. Bob read scientific textbooks the way most people read novels, and his children have fond memories of spending Saturdays playing pinball at the MIT Student Union while Bob perused the bookstore’s offerings. Spirited discussions about politics and religion around the kitchen table were a staple of family life, but Bob’s contributions were also practical: for many years, Bob was a member of Wakefield’s Finance Committee, which managed the town’s budget.
Bob shared his love of sailing with his family, and was a Commodore at the Quannapowitt Yacht Club in Wakefield; he also enjoyed sailing the waters around Chebeague Island Maine, where he and Carolyn owned a charming, musty cottage known as "The Acorn." After retiring from Princeton and settling in Brunswick Maine, he continued to offer his humor, intellect, and dedication as a member of the local Clam Board while adding still more rivets to his airplane project.
In his last years, Bob and Carolyn moved to Southgate in Shrewsbury to be close to their son Jack and his family. Despite his declining health, Bob was able to cultivate his budding interest in the HAM radio community and to enjoy a renewed interest in Astronomy; his cheerful energy and outgoing spirit remained with him to the end. Bob saw the human condition, science, and art as sources of delight and mystery worthy of deep investigation—a path his spirit surely continues to walk with those who love and miss him.
A service to celebrate Bob’s life will be held at Trinity Church in Northborough on Thursday, January 19 at 11:30am. Memorial gifts in Bob’s memory may be made to the Northborough Food Pantry at http://nfpantry.org/nfp/

To send flowers to the family or plant a tree in memory of Robert L. "Bob" Wixted, please visit our Heartfelt Sympathies Store.