In Memory of
Scott William
Brandt
1959 - 2017
Click above to light a memorial candle. 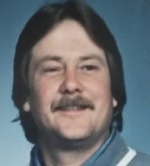 Shrewsbury
Scott W. Brandt, 57, died unexpectedly at home on February 19, 2017. He leaves behind his wife of 10 years, Lisa Arcieri; his daughter, Elisabeth Brandt of Worcester; his son, Kristopher Brandt of Shrewsbury; his step-children, Kelly Flanagan, Kim Oliveira, Megan & Katelyn Flanagan; his siblings, Jeffrey Brandt and his wife Maria of Plano, TX; Susan Plotts and her husband Jeffrey of Ashland; Robin Henderson of Ashland; and Michael Brandt of Shrewsbury. He is also survived by his grandchildren, along with several nieces and nephews, and his beloved dog, Bruno. He is pre-deceased by his sister, Kristina Rogers.

Born in Tampa, FL, he was the son of the late Karl M. and Phyllis A. (Cross) Brandt. Scott was raised in Northborough and lived the last several years in Shrewsbury. He was a self-employed carpenter of Worcester County. He was an avid Patriots fan and also enjoyed repairing old model trucks.

A Celebration of Life will be held on Sunday, February 26, 2017 from 1:00-5:00 p.m. at American Legion Post #77, 40 Summer Street, Ashland. Donations in Scott’s name can be made to the MSPCA. Hays Funeral Home of Northborough is assisting the Brandt family with private funeral arrangements.

To send flowers to the family or plant a tree in memory of Scott William Brandt, please visit our Heartfelt Sympathies Store.