Memorial Candle Tribute From
Hays Funeral Home
"We are honored to provide this Book of Memories to the family."
View full message >>>
In Memory of
Beatrice E
Stirk
2017
Menu
Send Flowers 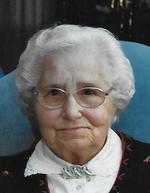 Northborough
Beatrice E, (Moore) Stirk, age 91, passed away Wednesday, February 22, 2017 after a short stay at the Coleman House in Northborough. She was predeceased in life by her husband, Robert F. Stirk; her son, Steven P. Stirk, and her four sisters. Bea was, also, predeceased by Joseph and Ruth Demers of Marlborough, MA., the parents of whom she called her adoptive family. Born in Charlestown, MA. in 1926, the daughter of Arthur and Clarrissa (Doty) Moore and she was raised in Shrewsbury. Bea married and moved to Northborough in 1942. She leaves three sons: David S. Stirk and his wife Susan of Shrewsbury; Gregory N. Stirk; Roger R. Stirk and his wife Ann of York, ME. 10 grandchildren, 15 great-grandchildren and 9 great-great-grandchildren along with many nieces and nephews. She will be missed by her adopted family children; Lisa, James, Mark, Keith, Theresa, Doreen and Paul Demers. Bea worked at the former O’Brien’s 5 & 10 Store in Northborough for 45 years, where the patrons there affectionately called her “Aunt Bea”. She later worked at both the Granger Nursing Home and the new and modern Coleman House in Northborough. Bea was a lifelong member and volunteer for the Trinity Church in Northborough. She was a member of the Northborough District Nurse Association and the Shrewsbury Grange, as well as, the Mass State Grange. She enjoyed bowling in her earlier years at the Sawyer’s Bowladrome in Northborough and was a member and champion with the Mass Women Bowling League. Her family and friends would like to say thank you to all the nurses, the staff, the Hospice group, and for the spiritual support that we
received and for the wonderful and loving care that you provided to make Mom/Gram/Bea comfortable during her stay at the Coleman House. In lieu of flowers, the family is requesting that you make a memorial donation in Bea’s name to the Trinity Church.
All arrangements are in the care of the Hays Funeral Home, 56 Main Street, Northborough, MA. There will be no calling hours. A memorial service at the Trinity Church and a private graveside burial service will be planned in the spring.

To send flowers to the family or plant a tree in memory of Beatrice E Stirk, please visit our Heartfelt Sympathies Store.