In Memory of
Penelope B. "Penny"
Tarplin
1925 - 2017
Click above to light a memorial candle.
Memorial Candle Tribute From
Hays Funeral Home
"We are honored to provide this Book of Memories to the family."
View full message >>>
Send Flowers
Menu

Obituary for Penelope B. "Penny" Tarplin 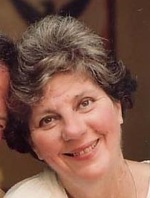 After graduation, Penny attended Ohio State University. Penny soon found herself in NYC where she worked as a fashion photographer. During this time she wed her husband of 50 years and 16 days, as Penny fondly would state, Ely A. Tarplin. It was during the 70’s that Penny started working for the American Scandinavian Student Exchange Program (ASSE) and other student exchange programs, where she was very successful, and which she did until her retirement in 1992.

In 1984 they moved to Hillsdale, NY and in 1991 settled in Pittsburgh, PA. After Ely’s death in 1997, she remained in the Pittsburgh area, moving to Worcester, MA in 1998 to be closer to family. In 2003, Penny moved to Southgate in Shrewsbury, living there until her final move to Northborough in 2014.

Penny was known for thinking beyond the present and was an early, lifelong and strident feminist and liberal. She proudly recalled being present for the bra burning protests in New York City during the 1960s and actively protested the war in Viet Nam. Her fearlessness and determination to make a change was an inspiration which encouraged and supported other women’s endeavors towards woman’s rights of equality.

Penny enjoyed staying updated with current politics. Over the years she traveled the world and was able to partake the beauty in it. She enjoyed entertaining friends and cherished time spent with her family. Penny was an avid reader and looked forward to challenging the daily crossword puzzles in the NY Times paper.
Among her survivors she leaves behind one daughter, Susan Tarplin and her spouse Rosanne Ripa of Northborough; two sons, Howard Tarplin of Jersey City, NJ and Joshua Tarplin and his wife Diane Gomez of Saint Cloud, FL; four precious grandchildren who brought her much joy, Andrew and Madeleine McGlincy and Henry and Olivia Tarplin; as well as a sister, Jonnie Stahl of San Mateo, CA. She was preceded in death by a granddaughter, Jessica, and a sister, Louise Sanderson.

Services for Penny will be private and are under the care of Hays Funeral Home, 56 Main Street, Northborough, MA.

To send flowers to the family or plant a tree in memory of Penelope B. "Penny" Tarplin, please visit our Heartfelt Sympathies Store.