In Memory of
Judith A. "Judy"
McGovern (Dubrey)
1942 - 2017
Click above to light a memorial candle.
This Book of Memories memorial website allows family and friends a place to re-visit, share and enhance this tribute for future generations.
Open Full Navigation
Family Interactive Login
Close
Menu
Click here to
Send
Flowers 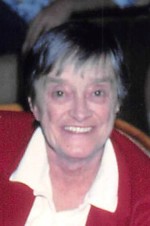 Northborough
Mrs. Judith A. (Dubrey) McGovern, 74, passed away peacefully at home Tuesday, May 16, 2017, with her dedicated husband of 46 years, Peter J. McGovern, by her side. Judy was born in Worcester on June 23, 1942, the daughter to the late Paul S. and Florence (LeClair) Dubrey. She spent her childhood years in Leicester, attended the St. Joseph’s School in Leicester and graduated from the Sacred Heart Academy, Class of 1961. Judy earned her Bachelor of Elementary Education from Anna Maria College and her MEd from the former Worcester Teacher’s College. For ten years she worked in the Leicester Public School system as a third grade teacher before devoting herself to being a homemaker and raising her own family.
For many years she enjoyed spending the summers in Dennisport with her family. She was an avid golfer and looked forward to being on the fairway anytime she was able. Strong willed, almost to the point of being stubborn, everyone knew Judy’s point of view was because she cared for them.
Besides her husband Judy leaves behind one son, David P. McGovern and his wife Melissa of Milford; one daughter, Mary J. Bryant and her husband Robert of Attleboro; four grandchildren whom she adored, Kennedy, Colin, Bobby and Emma; and a brother; Paul Dubrey of Sturbridge. She was preceded in death by her infant son, James T. in 1984 and her sister, Gail Simmons in 2011.
Calling hours for Judy will be held on Thursday, May 18, 2017, from 4-6pm, in the Hays Funeral Home, 56 Main Street, Northborough. Her Funeral Mass will be held on Friday, May 19, 2017, at 10am, in the Saint Rose of Lima Parish, 244 W. Main Street, Northborough. Burial will follow in the Mooreland Cemetery, Paxton. Please consider making a donation in Judy’s name to the American Cancer Society, P.O. Box 22478, Oklahoma City, OK 73123.

To send flowers to the family or plant a tree in memory of Judith A. "Judy" McGovern (Dubrey), please visit our Heartfelt Sympathies Store.