In Memory of
Mary M. "Jody"
Miles (Mahoney)
1939 - 2017
Click above to light a memorial candle.
Memorial Candle Tribute From
Hays Funeral Home
"We are honored to provide this Book of Memories to the family."
View full message >>>
Memorial Candle Tribute From
Ed Muckley
"Dear Mike, I'm so sorry to hear of your loss. It's a thing that turns one's li"
View full message >>>
Send Flowers
Menu 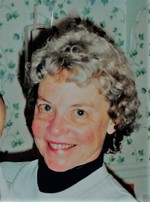 Northborough
Mary M. Miles, 78, affectionately known by her friends as “Jody”, passed away peacefully on Friday, October 13, 2017, her husband of 56 years Michael E. Miles, by her side. Mary was born in Chattanooga, TN, on September 14, 1939, daughter to the late John T. and Beatrice R. (Dietzen) Mahoney. She spent her childhood years in the Chattanooga area, graduated from Notre Dame High School in 1957, and in 1961 became the fourth woman to earn her B.S. in Industrial Engineering at St. Louis University; an experience she was proud of.
Early in their marriage Mike and Jody travelled to Texas and Tennessee due to Mike’s military commitments; in 1966 they settled in Northborough. In addition to focusing on raising her family, Jody also enjoyed volunteering in the Northborough Public Schools. She was an avid supporter of the Algonquin Athletic Boosters Club and was a former co-chair with her husband Michael.
Jody enjoyed settling in with a good novel, puzzle book, sewing, and spending time with her family on Lake Chargoggagoggmanchauggogoggchabunagungamaug in Webster. Above all else Mary’s most cherished time was spent being a grandmother to her beloved grandchildren. Kind hearted and a friend to those she met, Jody will be fondly remembered for open hospitality she extended to everyone; both at their home in Northborough as well as on the lake. She enjoyed hosting family events and opening her home to her children’s friends and family. This open door sharing of her kindness never ceased; it carried throughout her children’s own families and still today, Jody loved to have her grandchildren gather with their friends at the lake house.
In addition to her husband Jody leaves one daughter Laura M. Devlin and her husband Patrick of Walpole and their children Robert, Margaret and Katherine. She also leaves her son Douglas E. Miles’ wife Patricia Miles and their children Kevin and Emily; and her son David A. Miles’ wife Bridget and their children Sarah and Elizabeth. Both Douglas and David preceded their mother in death. In addition, Mary leaves a brother John S. Mahoney of Chattanooga, TN and a sister Ann Mahoney Grill of Vancouver, WA.
After a private committal service Mary will be laid to rest beside her beloved sons in the Grove Cemetery in Holden. Please consider making a donation in Mary’s memory to a charity of your own choice. Hays Funeral Home, 56 Main Street, Northborough is honored to assist the Miles family with all arrangements. To leave a condolence please visit www.HaysFuneralHome.com.

To send flowers to the family or plant a tree in memory of Mary M. "Jody" Miles (Mahoney), please visit our Heartfelt Sympathies Store.