In Memory of
Eugene A. "Buzz"
Bostock
1937 - 2017
Click above to light a memorial candle.
Memorial Candle Tribute From
Hays Funeral Home
"We are honored to provide this Book of Memories to the family."
View full message >>>
Send Flowers
Menu

Obituary for Eugene A. "Buzz" Bostock 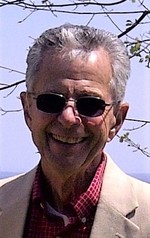 Eugene â€śBuzzâ€ť A. Bostock, 80, passed away with family by his side on December 6, 2017, at Beaumont of Northborough from the long term effects of Lyme Disease. He leaves his devoted wife of 54 years, Carol L. (Schleyer) Bostock; his loving children, Kerry Hill and her husband Dan of Berlin; David Bostock and his wife Marci of Auburn; his cherished grandchildren, Amanda, Colin, Connor and Logan; his siblings, Roger and his wife Marie of FL; Lincoln and his wife Joan of Leicester; Valerie Borgia and her husband Carmen of Westborough, his brother-in-law, Jack Schleyer of Foxboro and many cousins, nieces and nephews. Born in Worcester, son of Arthur and Phyllis (Smith) Bostock, Buzz was a lifelong resident of Northborough. Buzz graduated from Northborough High School in 1955. He continued his education by earning a B.S. in Special Education from Fitchburg State in 1964 and his Masters in Education and CAGS from Worcester State. Buzz taught fourth and fifth grades from 1964-1997 at the Peaslee and Lincoln Elementary Schools as well as Northborough Middle School. He was a member of REAM, Northborough Historical Society and Tincan Sailors. He proudly served in the U.S. Navy from 1955-1959 as a radioman aboard the USS Fletcher. Buzz and Carol spent many years at Libbyâ€™s Campground in York, Maine with family and friends. Buzz enjoyed woodworking and gardening and enjoyed his daily visits to Tilz Restaurant with his Northborough townies. Buzz will be remembered as a very kind, gentle and quiet man. The family wishes to thank the staff and friends at Beaumont Nursing Home for the compassionate care he received. They were family to him.

Calling hours will be held on Monday, December 11, 2017 from 4:00pm-7:00p.m. in Hays Funeral Home, 56 Main St. Northborough. His funeral will take place on Tuesday, December 12th at 11:00 a.m. in the funeral home. Burial with military honors will follow in Howard Street Cemetery. PLEASE OMIT FLOWERS. Instead, memorial donations may be made to the Northborough High School Association Scholarship Fund, Box 693, Northborough, MA 01532 or the Northborough Historical Society, Box 661, Northborough, MA, 01532. To share a memory or to leave the family a condolence, please visit www.haysfuneralhome.com

To send flowers to the family or plant a tree in memory of Eugene A. "Buzz" Bostock, please visit our Heartfelt Sympathies Store.