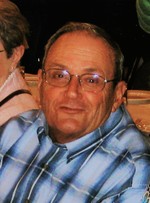 Berlin – Lawrence H. Wheeler, Sr., 78, passed away on December 29, 2017, at UMass Memorial Medical Center (University Campus) in Worcester, from injuries sustained in an automobile accident. He leaves behind his devoted wife of 59 years, Patricia H. (LaFlash) Wheeler; his loving children, Lawrence “Chip” Wheeler Jr. and his wife Lisa of Berlin; Kellyann Wheeler of Marlborough; his six grandchildren, Brad Wheeler of Harwich; Justin Wheeler of Northborough; Hillary Threlkeld of Sandwich; Ryan Wheeler of Rutland; Shawn Sawyer of Boylston and Katelyn Sawyer of Berlin; seven great-grandchildren, two nephews and many cousins. His sister, Emeline passed away in May of this year. Born in Clinton, he was the son of Howard and Dorothy (Bailey) Risi and lived his entire life in Berlin. Larry graduated from Worcester Boys Trade School in 1958. He worked for A Risi and Sons in Berlin for more than 40 years. Mr. Wheeler later owned and operated Lawrence Wheeler Trucking from 1990 until the present. Larry was a former part-time police officer for the town of Berlin. He was employed as a plowing contractor for Mass. D.O.T. for most of his life. Larry served on various town boards in Berlin and was a member of the Berlin Lions Club. An avid NASCAR fan, he also enjoyed his John Deere tractors.
Calling hours will be held on Tuesday, January 2, 2017 from 4-7 p.m. in Hays Funeral Home, 56 Main St. Northborough. The funeral will be held on Wednesday, January 3, 2017 at 10:00 a.m. in the funeral home. Burial will follow in South Cemetery, Berlin. In lieu of flowers, memorial donations may be made to the Berlin Police Association, 23 Linden St. Berlin, MA 01503. For online condolences, please visit www.haysfuneralhome.com

To send flowers to the family or plant a tree in memory of Lawrence H. "Larry" Wheeler Sr., please visit our Heartfelt Sympathies Store.