To share your memory on the wall of Alan Longworth, sign in using one of the following options:

Provide comfort for the family of Alan Longworth with a meaningful gesture of sympathy.

Alan P. Longworth, 87, a longtime resident of Northborough and the beloved husband of 52 years of Carole (Chisholm) Longworth, passed away on Saturday, May 2, 2020. Alan was born in Framingham and raised in Saxonville, the e... Read More
NORTHBOROUGH

Alan P. Longworth, 87, a longtime resident of Northborough and the beloved husband of 52 years of Carole (Chisholm) Longworth, passed away on Saturday, May 2, 2020. Alan was born in Framingham and raised in Saxonville, the eldest of four children to the late Leslie and Alberta (Weeks) Longworth. He graduated from Framingham High School, Class of 1951.

Prior to retirement, Alan was a pipefitter for Local 537. After retirement, Alan became an accomplished custom knife maker frequently attending knife shows throughout New England. He was a U.S. Navy veteran and a member of the VFW, having served during the Korean War. Alan was also was proud to be a longtime member of the United Brethren Masonic Lodge and the Aleppo Shrine where he actively served in the Fire Brigade.

Due to the current pandemic, no services are planned. Memorial contributions, in Alan’s name, may be made to the Shriners (https://lovetotherescue.org).

To send flowers to the family or plant a tree in memory of Alan P. Longworth, please visit our Heartfelt Sympathies Store.

Receive notifications about information and event scheduling for Alan

There are no events scheduled. You can still show your support by sending flowers directly to the family, or planting a memorial tree in memory of Alan P. Longworth.
Visit the Heartfelt Sympathies Store

Donations are being accepted for: SHRINERS INTERNATIONAL (ALEPPO SHRINERS).

We encourage you to share your most beloved memories of Alan here, so that the family and other loved ones can always see it. You can upload cherished photographs, or share your favorite stories, and can even comment on those shared by others.

Posted May 08, 2020 at 06:48pm
Met Alan on several knife shows. Great maker and a very of a nice guy. Will be missed. Very very sorry.
Greg Dashevsky
Comment Share
Share via:
LJ

Posted May 07, 2020 at 08:10am
I want to send my condolences to the family and prayers for your healing in this time. I got to know Al from the NCCA knife shows he attended, and I talked with him often there as we share in both being knifemakers. I know there are no words to ease the hurting you must all feel at this time, but I hope you can find some peace in the fact that he is in a most loving place now, surrounded by his loved ones who've crossed over before him. I share in your pain of Al's passing and he will be missed and remembered.
Love and prayers to you.
Lamont Coombs Jr.
Comment Share
Share via:
ML

Posted May 06, 2020 at 09:27pm
My sincere condolences to Mrs. Longworth and all the Longworth family. Al was a familiar face and had a warm smile for everyone he met at the NCCA knife shows. Al made many friends, I have one of his beautiful knives that I treasure. "When the Lord calls our loved ones home, he leaves a gift of memories in exchange".
Moe & Estelle Legare 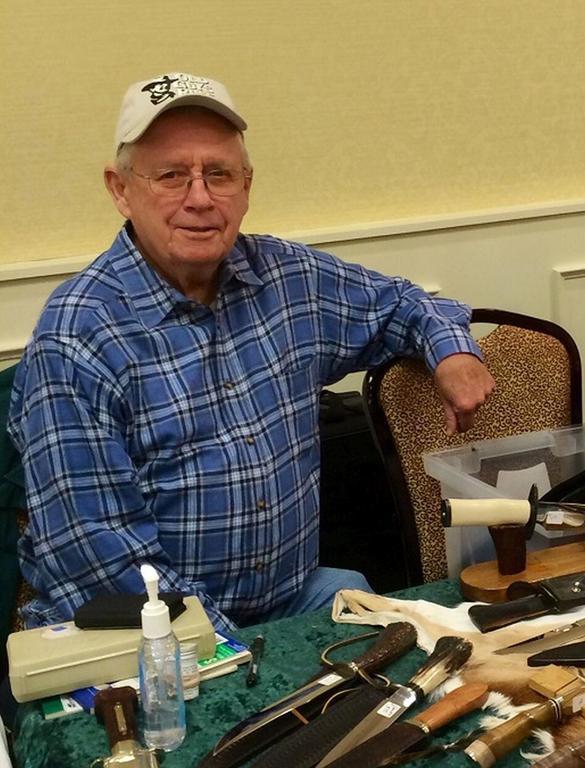 Posted May 06, 2020 at 05:44pm
I met Al through our knife club and I always looked forward to seeing him and speaking with him. He was a genuinely nice guy and as a Navy vet myself, we had little more to talk about than just knives. He will be greatly missed by all who knew him.
Fair winds and following seas.
Larry Clifford
Comment Share
Share via:
JT

Posted May 06, 2020 at 04:48pm
So sorry to hear of Alan's passing. I'm a knife maker also and talked with Alan at all the N.C.C.A. shows we attended. He was truly a gentleman and a fine craftsman. He will be sorely missed at the shows.
Jim Turecek
Comment Share
Share via: 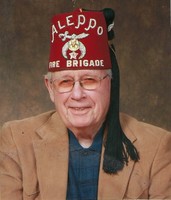 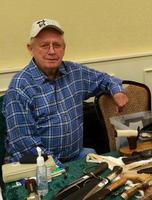