To share your memory on the wall of Anne Tennyson, sign in using one of the following options:

Anne G. ( Gadoury) Tennyson, 81, a longtime resident of Northborough and formerly of Wrentham, passed away on Tuesday, June 18, 2019 after a period of declining health. Anne was born and raised in Webster, a daughter to the ... Read More
NORTHBOROUGH

Anne G. ( Gadoury) Tennyson, 81, a longtime resident of Northborough and formerly of Wrentham, passed away on Tuesday, June 18, 2019 after a period of declining health. Anne was born and raised in Webster, a daughter to the late Ernest and Agnes (Swierzbin) Gadoury. She graduated from the former Memorial Hospital Nursing Program in 1958 and worked several years at Harrington Hospital and Boston Children’s Hospital prior to enlisting in the U.S. Navy. She proudly served as a Navy nurse during the Vietnam War aboard the U.S.S. Repose hospital ship and at the Groton Naval Submarine Medical Center. Upon completion of her duties she worked many years at the Wrentham State School as a nurse practitioner, retiring in 2013. Anne enjoyed reading, sewing, and spending time with her family. She was a longtime member of the First Church in Marlborough and a past member of its Woman’s Bible Study and bell choir.

Calling hours will be held from 5-7pm on Thursday, June 20th, at Hays Funeral Home, 56 Main Street, Northborough. Anne's funeral will be held at 10:00am on Friday, June 21st at the First Church in Marlborough, 37 High Street, Marlborough. Burial will follow in Howard Street Cemetery, Marlborough. In lieu of flowers, memorable contributions may be made to: Alzheimer’s Association, Massachusetts Chapter, PO Box 96011, Washington, DC 20090-6011

Please visit www.HAYSFUNERALHOME.com to leave a condolence or to share a story.
Read Less

To send flowers to the family or plant a tree in memory of Anne G. Tennyson (Gadoury), please visit our Heartfelt Sympathies Store.

Receive notifications about information and event scheduling for Anne

We encourage you to share your most beloved memories of Anne here, so that the family and other loved ones can always see it. You can upload cherished photographs, or share your favorite stories, and can even comment on those shared by others.

Posted Jun 24, 2019 at 09:04am
Please allow me to express my deepest condolences for your family's loss. I hope that you will find comfort in the real hope that the Bible gives of being reunited with your loved one again. In the Bible at John 5:28, 29 it reads, "Do not be amazed at this, for the hour is coming in which all those in the memorial tombs will hear his voice and come out.". The Bible there promises that your loved one will come back to life again in the resurrection. (Acts 24:15) The Bible also promises that soon death will be no more. (Revelation 21:3, 4) I encourage you to visit JW.org for more information about this wonderful hope.
Comment Share
Share via:
HS

Flowers were purchased for the family of Anne Tennyson. Send Flowers

Flowers were purchased for the family of Anne Tennyson. Send Flowers 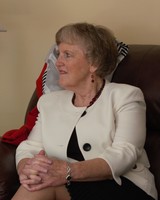 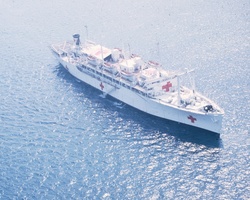