To share your memory on the wall of Bernice G. (Bourinot) Wheeler, sign in using one of the following options:

Provide comfort for the family by sending flowers or planting a tree in memory of Bernice G. (Bourinot) Wheeler

Provide comfort for the family by sending flowers or planting a tree in memory of Bernice G. (Bourinot) Wheeler

Bernice, affectionately known to all as “Bernie” or “Tootsie”, was born in Waltham, Massachusetts on February 22, 1930 and raised in Weston, Massachusetts, one of 6 children to the late David H. and Mary E. (Cotter) Bourinot. As a young woman, she worked as a waitress at the former Candyland in Waltham and subsequently, caught the attention of a young man James Wheeler. After their marriage, the young couple lived in Waltham for several years prior to relocating to Northborough in 1957.

With an optimistic outlook on life, Bernie made the most of what life had in store for her. No matter how busy her schedule, with 6 children, she would find solace while standing at her easel, perfecting her portrait drawings. Bernie was a self-taught gifted artist whose portraits adorned many homes of those she knew and loved as well as those who commissioned her work. Two of her favorite portraits were among President Kennedy’s private collection and remained at the Kennedy Library archives until the late 90’s when she was able to bring them home. She was a longtime parishioner at St. Rose of Lima Parish and was supportive of its Alter Society and TEC. She sang in the church choir for many years. Bernie assisted in the care of the parish rectory, helped care for the priests’ vestments and provided artwork for the parish.

Bernie lived a fulfilling life and found solace in nature. She loved the mountains and spoke often of her favorite summer working for her Aunt Ellen with her cousin Diane at Streeter’s Cabins in Jackson New Hampshire.
She was a wonderful mother to her 6 children and raised them all to follow the beat of their own drum. While raising her family Bernie would find the time to decorate cakes for neighborhood birthdays, school parties and weddings. Her creativity and sense of humor could cheer up any occasion. Her family will fondly remember school lunch surprises like a sandwich decorated as the Easter Bunny, green tuna fish on St Patrick’s day or as a practical joke, a block of wood, wrapped and disguised as a piece of fudge!

Once her children left home, Bernie was interested in doing something that she would enjoy. She found this when she began working at Country Candle in Northborough. Bernie said it was never work at all but rather a place she loved to be, spending time with people whose companionship she loved dearly including; Dot Desposito, Joan and Jim Laurence as well as many others.

Bernie is survived by her five children and their families, Patrick and Marilyn Wheeler of Manchester, Vermont, Eileen Gamache and Ron of Chelmsford, Mass, John and Maureen Wheeler of Holden, Mass, Bob and Linda Wheeler of Northampton, Mass, and Elizabeth Steele of Northborough, 13 grandchildren, 15 great-grandchildren and one great-great grandchild and her sisters, Ethel Grogan and Kathleen Bourinot. She is predeceased by her siblings, Edward Bourinot, David Bourinot and Loretta Lincoln and her beloved husband James, and their son, Michael.

The family extends its deepest gratitude to Jewish Homecare, Jewish Homecare Hospice and Worcester Homecare for their loving and tireless devotion to the care of our mother.

A private Mass of Christian Burial for family only will be celebrated at St. Rose of Lima Parish, 244 W. Main Street, Northborough. Burial will follow at the Howard Street Cemetery, Northborough. There are no public calling hours planned.

To send flowers to the family or plant a tree in memory of Bernice G. (Bourinot) Wheeler, please visit our Heartfelt Sympathies Store.

Print
All services for Mrs. Wheeler are private, for the family. Please consider leaving a kind word or condolence here, on her Book of Memories page.

We encourage you to share your most beloved memories of Bernice G. (Bourinot) Wheeler here, so that the family and other loved ones can always see it. You can upload cherished photographs, or share your favorite stories, and can even comment on those shared by others.

Posted Sep 27, 2020 at 03:42pm
Could not have asked for a better, more loving, grandmother to my son. May God bless and keep your soul and protect your family. With much gratitude.

Posted Sep 27, 2020 at 10:21am
My most heartfelt condolences to the Wheeler family on the loss of your beloved mother.
Kathleen Crane Litchfield
Comment Share
Share via:
LA

Posted Sep 25, 2020 at 05:39pm
I’ll always remember our trips to visit Helen at York Beach.. with Barbara Shenette as well., So sorry for your loss❤️❤️🙏🙏Lorraine Antonevich ❤️❤️
Comment Share
Share via: 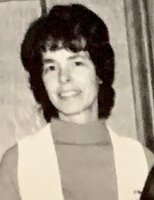