To share your memory on the wall of Brenda Frantz, sign in using one of the following options:

Brenda L. (Mossey) Frantz passed away peacefully in her sleep early Tuesday morning, March 17, 2020, she was 68 years old. Brenda was born in Windsor, Vermont, one of 7 children to the late James H. and Blanche A. (Garceau) ... Read More
NORTHBOROUGH

Brenda L. (Mossey) Frantz passed away peacefully in her sleep early Tuesday morning, March 17, 2020, she was 68 years old. Brenda was born in Windsor, Vermont, one of 7 children to the late James H. and Blanche A. (Garceau) Mossey. She was raised in Southborough, was a 1972 graduate of Algonquin Regional High School and the devoted wife of 46 years to Howard S. Frantz.

Brenda lived several years in Westborough before relocating to Northborough in 1977. She was employed at E.L Harvey and Sons in Westborough prior to working 20 years as an assembler for the former Spectro Corporation, now Ametek. Brenda enjoyed making crafts, painting and sewing; most especially she cherished time with her family.

In addition to her husband Howard, Brenda is survived by their daughter, Lisa M. Maffioli and her husband Scott of Holden; two grandsons, Carter and Cameron Maffioli; one sister, Sandra Hastie; several nieces and nephews. She was preceded in death by her siblings, Patricia Dudley, James Mossey, Roger Mossey, Wayne Mossey and Debra Elbe.

Due to the current social climate and gathering restrictions, a private funeral Mass will be celebrated prior to burial in Howard Street Cemetery. Regretfully, at this time there are no public services planned. Please consider making a memorial donation in Brenda’s name to the American Cancer Society, P.O. Box 22478, Oklahoma City, OK 73123 (cancer.org).

Receive notifications about information and event scheduling for Brenda

We encourage you to share your most beloved memories of Brenda here, so that the family and other loved ones can always see it. You can upload cherished photographs, or share your favorite stories, and can even comment on those shared by others.

Posted Mar 26, 2020 at 12:18pm
We are so very sorry for your loss. Your family has our deepest sympathy.
Jim and Mary Ann Beauregard
Comment Share
Share via:
LG

Posted Mar 26, 2020 at 10:28am
Howie, I am so sorry for the loss of your beloved wife. I met you both in 1971 and watched your marriage and your family grow in love and happiness
Please let me know if there is anything I can do
You are all in my prayers
With deepest sympathy
Linda(piper) gentile
Comment Share
Share via:

Posted Mar 26, 2020 at 08:08am
So very sorry for your loss. Our dearest sympathy to you and you family
Jim and Mary Ann Beauregard
Comment Share
Share via:
LN

Posted Mar 19, 2020 at 10:06pm
Howie,
Our thoughts and prayers are with you at this sad time. Thinking of you and your family.
Lenny and Chris Nelson
Comment Share
Share via: 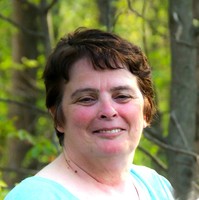 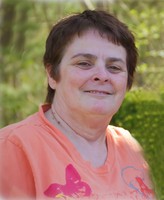 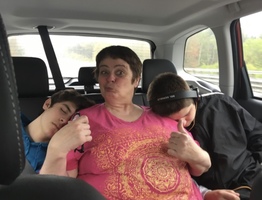