To share your memory on the wall of Dennis Litwinetz, sign in using one of the following options:

Dennis M. Litwinetz, 75, passed away peacefully at Rose Monahan Hospice House, while surrounded by the love of his devoted family. Dennis was born and raised in Nesquehoning, PA, a son to the late Michael and Olga (Sobol) Li... Read More
Northborough

Dennis M. Litwinetz, 75, passed away peacefully at Rose Monahan Hospice House, while surrounded by the love of his devoted family. Dennis was born and raised in Nesquehoning, PA, a son to the late Michael and Olga (Sobol) Litwinetz. He was a member of Nesquehoning High School’s Class of ’61. It was during this time he met the love of his life, his high school sweetheart and future wife of 50 years, M. Jane Trevena.

After high school Dennis honorably served in the U.S. Navy and upon his return enrolled in Penn State University where he earned a BS in Computer Science and later, a Master Degree from University of Lowell graduating with high honors.

Dennis worked most of his career as an electrical engineer for Digital Equipment, Compaq, and Hewlett Packard Corp and held patents for his work. Even in his retirement he enjoyed tinkering with old computers. He looked forward to going out for Sunday morning breakfasts and was a New England sports enthusiast as well as a loyal follower of Penn State football. More than anything Dennis loved spending time with his family.

In addition to his wife M. Jane, Dennis leaves a daughter, Laura J. Litwinetz and partner Kevin Kelly of Quincy; a son, Jason M. Litwinetz and his wife Tina of Rutland; his precious granddaughter Kaitlyn, whom he was so proud to babysit for. Dennis also leaves a brother, Paul Litwinetz and his wife Susan of Boulder, CO; and four nephews, Michael and Greg Touchton and Matthew and Bill Trevena. Dennis shared a special bond with Matt and Bill and considered them more of sons then nephews. Dennis also leaves his childhood friend, John Kominitsky and close friend Bernie Hall.
Dennis’ family respectfully request any memorial contributions be made to the Parkinson's Foundation, 200 SE 1st Street, Suite 800, Miami, FL 33131 (https://parkinson.org) or to the Rose Monahan Hospice House c/o VNA Care-Fund Development Office, 199 Rosewood Drive, Suite 180, Danvers, MA 01923.

To send flowers to the family or plant a tree in memory of Dennis M. Litwinetz, please visit our Heartfelt Sympathies Store.

Receive notifications about information and event scheduling for Dennis

We encourage you to share your most beloved memories of Dennis here, so that the family and other loved ones can always see it. You can upload cherished photographs, or share your favorite stories, and can even comment on those shared by others.

The Buhls, Matt hui, and other have sent flowers to the family of Dennis M. Litwinetz.
Show you care by sending flowers

Posted Feb 08, 2019 at 06:21am
To the Litwinetz Family- I am truly sorry for the loss of your husband and father. Laura spoke of him fondly and with great memories.

The Buhls purchased flowers for the family of Dennis Litwinetz. Send Flowers

Posted Feb 06, 2019 at 07:25pm
Laura and Mrs. Litwinetz,
I just wanted to share my deepest condolences for your loss. Laura -I cant imagine loosing your dad. He was very young at 75, I lmuch to young. Your mom lost her husband, her best friend and her high school sweetheart. I hadn’t realized that your mom and dad were high school sweethearts. Both of you and your brother have suffered a great loss. My prayers go out to all of you. I am sure that your nice must be at a loss. I will pray for all of you. May the fact that he is now at peace be soothing for all of you.. Take care. I will see you tomorrow. If there is anything I can do please reach out to me.
Lisa (Tosi) Sasso
Comment Share
Share via: 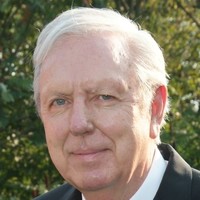