To share your memory on the wall of Douglass Wheeler, sign in using one of the following options:

Douglass Aiken Wheeler, 91, passed away on August 31, 2019. He was born in West Virginia, on November 12, 1927 and raised on Staten Island, NY. He was the son of the late Raymond Carlton Wheeler and M... Read More
Northborough, MA
Roscoe, NY

Douglass Aiken Wheeler, 91, passed away on August 31, 2019. He was born in West Virginia, on November 12, 1927 and raised on Staten Island, NY. He was the son of the late Raymond Carlton Wheeler and Molly (Dillon) Wheeler. He is also predeceased by his brothers Robert C. Wheeler, James P. Wheeler, sister Shirley Jean (Wheeler) Chiapperini, and nephew Peter Chiapperini.

Doug was a veteran and served in the U.S. Army at the end of WWII. He attended Wagner College and his working career was spent at AT&T primarily in New Jersey and New York City. He and Marie, along with his two older brothers and their wives, retired to family-owned property in the Catskills. There they spent many years enjoying the outdoors, tapping the maple trees in the Spring, and being good stewards of the land. Doug was also an avid golfer and a Lions Club volunteer for many years.

Doug’s family wishes to acknowledge and thank the staff at Whitney Place in Northborough for their compassionate and kind care given to him during his time there. Donations in memory of Doug can be made to the Alzheimer’s Association (www.alz.org).

To send flowers to the family or plant a tree in memory of Douglass A Wheeler, please visit our Heartfelt Sympathies Store.

Receive notifications about information and event scheduling for Douglass

There are no events scheduled. You can still show your support by sending flowers directly to the family, or planting a memorial tree in memory of Douglass A Wheeler.
Visit the Heartfelt Sympathies Store

We encourage you to share your most beloved memories of Douglass here, so that the family and other loved ones can always see it. You can upload cherished photographs, or share your favorite stories, and can even comment on those shared by others. 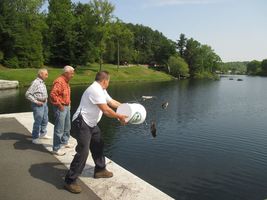 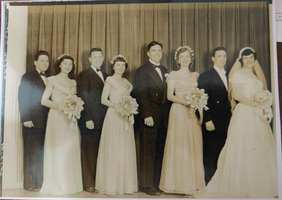