To share your memory on the wall of Fay Kelley, sign in using one of the following options:

Fay B. (Murphy) Kelley, 87, passed away on Friday, February 14, 2020. Fay was born in Worcester, the daughter of the late William and Adora (Svenson) Murphy. She was raised in Northborough and remained a resident there for... Read More
NORTHBOROUGH

Fay B. (Murphy) Kelley, 87, passed away on Friday, February 14, 2020. Fay was born in Worcester, the daughter of the late William and Adora (Svenson) Murphy. She was raised in Northborough and remained a resident there for the majority of her life. She worked many years as a waitress and served as a hostess at the former New England Telephone Learning Center.

Fay is survived by her sons Wayne Hey and his wife Cora, Kevin Hey, Matthew Coutu, all whom reside in Northborough and Christopher Coutu and his wife Victoria of Hollis, NH; 6 grandchildren, 5 great-grandchildren; a brother, Robert Murphy of Northborough, nieces and nephews. Fay was preceded in death by her husband, Martin F. Kelley III, and her son Glen Hey.

A funeral service will be held at 10 a.m. on Tuesday, February 25, at the Hays Funeral Home, 56 Main Street, Northborough. Burial will follow in Howard Street Cemetery.

To send flowers to the family or plant a tree in memory of Fay B. Kelley, please visit our Heartfelt Sympathies Store.

Receive notifications about information and event scheduling for Fay

We encourage you to share your most beloved memories of Fay here, so that the family and other loved ones can always see it. You can upload cherished photographs, or share your favorite stories, and can even comment on those shared by others. 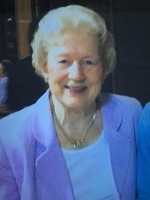