To share your memory on the wall of Grace Mowczko, sign in using one of the following options:

Grace G. (Cullen) (Guy) Mowczko, 77, of Westborough, formerly of Northborough, passed away peacefully at the Miriam Boyd Parlin Hospice Residence on Monday, June 29, 2020. At the time of her passing Grace was surrounded by th... Read More
Westborough

Grace G. (Cullen) (Guy) Mowczko, 77, of Westborough, formerly of Northborough, passed away peacefully at the Miriam Boyd Parlin Hospice Residence on Monday, June 29, 2020. At the time of her passing Grace was surrounded by the love of her family.

Grace was born in Springfield, MA and raised in Glens Falls, NY where she attended St. Alphonsus Regional Catholic School, prior to her family relocating to Stoneham, MA. She was a graduate of Stoneham H.S., Class of 1961 and studied at Merrimack College. At age 20 Grace married Thomas D. Guy. Together they and their beloved daughter Tracy, lived in Massachusetts for a short time prior to relocating to New Jersey. The family then lived in Westmont, IL, before Grace and Tracy returned to Northborough in 1977, to be closer to family.

Grace enjoyed the friendships formed during the time she was the local Avon and Longaberger Baskets representative. Grace was well respected for her honesty, integrity and generosity, and most notably, the ever-present smile and positive outlook she offered to all. Grace and Michael enjoyed traveling together, especially cruises to Bermuda and the islands. In her later years she was a member of St. Luke’s Parish cancer support group and was an active participant in the Westborough Senior Center.

Grace always had a kind heart toward animals of all kinds, with a special fondness for her adopted cats. In addition to giving a loving forever-home to felines, she was also a strong advocate for those who needed it most, including the elderly and the sick. Always one to give back, Grace was a volunteer for many years at local nursing homes and senior centers, served as treasurer for the Assabet Valley Council on Aging transportation and bussing department, served in a charitable role for the MSPCA and American Cancer Society, was a longtime active member of the Northborough Historical Society, and a former member of the Northborough Jr. Woman’s Club. Grace had a great appreciation for music and was an accomplished 1st chair cellist; being invited to play with the Boston Symphony Orchestra. She enjoyed teaching music and sang with the Northborough Community Chorus for over 20 years.

In addition to her devoted husband Michael, Grace is survived by her loving daughter, Tracy G. Davis of Sudbury; her two granddaughters whom she adored, Morgan and Campbell Davis; a sister, Rosemary Shelton and her husband Dwight of Peterborough, NH; a brother, Robert Cullen of the Metro DC area; her brother Dennis Cullen and his wife Sheri of the Albany, NY area; and her lifelong friends, Maureen Grady of Foxborough, and Daniel Salvati, Sr. of Northborough. Grace was preceded in death by her sister, Kathleen Salvati.

Services at this time are private, for the family. A time to gather to remember and celebrate Grace’s life will take place at a future date. For 10 years Grace heroically fought cancer, endured a bone marrow transplant, and weekly chemo infusions. She never complained and always sported an upbeat and positive attitude. She ultimately succumbed to her cancer, but only after being hospitalized with Covid-19 in March.

While she technically shed the virus after 3 months, she was too weak to come home and was never able to overcome its complications. She loved her doctors and nursing staff, particularly Dr. Tony Samaha and Shelly at St. Vincent’s in Worcester. In lieu of flowers, gifts may be made to Dana-Farber Cancer Institute in memory of Grace Mowczko to support Dr. Laubauch’s Multiple Myeloma Cancer research at: Dana-Farber Cancer Institute, P.O. Box 849168, Boston, MA 02284,or via www.dana-farber.org/gift.

Receive notifications about information and event scheduling for Grace

Print
Services at this time are private, for the family. A time to gather to remember and celebrate Grace’s life will take place at a future date.

We encourage you to share your most beloved memories of Grace here, so that the family and other loved ones can always see it. You can upload cherished photographs, or share your favorite stories, and can even comment on those shared by others.

Posted Aug 05, 2020 at 01:57pm
I am so sorry for your loss. I always enjoyed seeing Grace around town and we would always have a good chat. She was always upbeat and smiling.
Best, Kathy Lawrence
Comment Share
Share via:

Posted Aug 04, 2020 at 12:58pm
I am so saddened by the news of Grace's passing. This world has lost a beautiful bright light of love and "Grace". She was a TaiChi player in my class and I adored her. She approached her illness with a strength and optimism unlike anyone I have ever seen.
Her Grandchildren were her reason for continuing to fight. The world is a darker place without her, but heaven is being Graced with her beautiful smile. I will always remember her kind, gentle way and will never forget her.
Much love and condolences to her family.
Lovingly
Rev Helen J Morin
Comment Share
Share via:
DM

Posted Jul 17, 2020 at 02:28pm
We were saddened to hear of Grace’s passing. She was a wonderful friend and neighbor for many years in the “boroughs”. We enjoyed many hang outs with Grace and Mike and loved all Grace had to tell about her time in Northborough. She will be missed. With love,
Dave and Patti Murphy
Comment Share
Share via:

Posted Jul 15, 2020 at 11:16am
I am very sorry to read of this wonderful woman's passing. I knew her in high school and it was there I immediately knew I was in the presence of a gifted, energetic woman. I wish peace upon her family and the community who loved her and shared her life. She was simply a Blessed, Clear Thinking and Sincere ' Lady'. God will take care of her and love her as we all do. Frank ' Lefty' Pignone and Family...Hugs to you my Blessed Friend...xo
Comment Share
Share via:

Posted Jul 10, 2020 at 07:26pm
We have known Grace since 1966 and feel blessed that she was our friend. She made life better as she passed through with great stories and bright smile. The angels will be with her every day. Marianne & Daryll Brose
Comment Share
Share via: 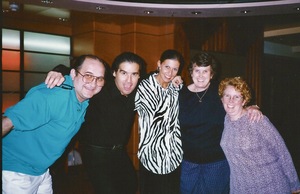 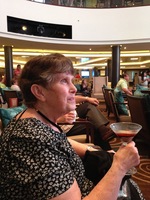