To share your memory on the wall of Helen B. Moore, sign in using one of the following options:

Provide comfort for the family by sending flowers or planting a tree in memory of Helen B. Moore

Provide comfort for the family by sending flowers or planting a tree in memory of Helen B. Moore

Helen Barbara Moore of Northborough, and a lifelong resident of Framingham, passed away peacefully in her sleep on Sunday, November 15, 2020; she was 82 years old. Helen was born in Cambridge, the second daughter of the la... Read More
NORTHBOROUGH

Helen Barbara Moore of Northborough, and a lifelong resident of Framingham, passed away peacefully in her sleep on Sunday, November 15, 2020; she was 82 years old. Helen was born in Cambridge, the second daughter of the late Halsey B. and Phoebe (Johnstone) Moore. She was a 1955 graduate of Framingham Public H.S. prior to earning her B.A. from Colby College in 1959. Helen then enrolled at Boston University where, in 1961, she was awarded her M.Ed. Helen then continued her education at Quinsigamond Community College where she earned her A.S. in Nursing.

For 21 years, Helen was a nurse at Leonard Morse Hospital retiring as an Assistant Head Nurse in 1993. All through her life Helen continued to serve for the benefit of others. She was active in the Nurses’ Union at the Leonard Morse and was a strong activist for her causes. She fiercely protested against U.S. military actions in Vietnam, and for woman’s rights in society, their reproductive rights, and for the betterment of children’s health and lives. Politically, Helen was a lifelong Massachusetts Liberal in the very best sense of the words.

Helen found enjoyment playing cards with her family, reading the Globe and a good novel, and working on puzzles. In her retirement she went line dancing weekly and eventually became a Red Sox fan.

As a single woman, she bought her house in Framingham in 1965. Her parents lived with her and she cared for them well, until their deaths. By that time, both her sister’s and brother’s families had moved to California and strongly encouraged her to join them. Helen was firm. Framingham was her home.

She is survived by her sister, Janet Hughes; her nieces, Jocelyn (and Patrick) Mathis and Jennifer Hughes; her nephews, Andrew Moore and Matthew Moore; her grand-nephew and grand-niece, Chris Mathis and Katherine Mathis; and sister-in-law, Margie Moore. She also leaves her cousin, Betty Jane Grobel of Arlington, MA. Helen had an amazing circle of friends, including her childhood best friend, Mary Ellen Mori and her college roommate, Joanne Woods. Helen was preceded in death by her younger brother Robert (“Bob”) Moore.

Helen will be laid to rest privately alongside her parents in Mount Auburn Cemetery, Cambridge. There are no public services planned. Please consider memorial contributions in Helen’s memory to Planned Parenthood, (www.plannedparenthood.org)

To plant a memorial tree in honor of Helen B. Moore, please visit our Heartfelt Sympathies Store.

Receive notifications about information and event scheduling for Helen B. Moore

Receive text or email updates for Helen B. Moore

Print
All services for Ms. Moore are private. Kindly consider leaving a condolence or a kind word for her family here.

We encourage you to share your most beloved memories of Helen B. Moore here, so that the family and other loved ones can always see it. You can upload cherished photographs, or share your favorite stories, and can even comment on those shared by others.

Plant a Tree in Memory of Helen B. Moore
Plant a tree 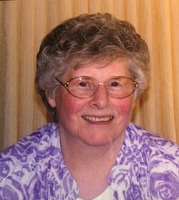