To share your memory on the wall of Henry J. Pfeifer, sign in using one of the following options:

Provide comfort for the family by sending flowers or planting a tree in memory of Henry J. Pfeifer

Henry "Hank" J. Pfeifer, 68, passed away peacefully on Monday, January 13, 2020, at the Shrewsbury Crossings Assisted Living Facility after a period of declining health. Henry was born in Brooklyn, NY, the son to the late... Read More
NORTHBOROUGH

Henry "Hank" J. Pfeifer, 68, passed away peacefully on Monday, January 13, 2020, at the Shrewsbury Crossings Assisted Living Facility after a period of declining health. Henry was born in Brooklyn, NY, the son to the late Henry G. and Dorothy (O’Brien) Pfeifer. He was raised in Hempstead, NY, attended the St. Thomas the Apostle School and graduated from Archbishop Malloy HS, Class of 1969 prior to earning his B.S. in Pharmacy from the St. John’s University College of Pharmacy. In later years, Henry continued his education at WPI, where he earned his M.B.A.

Henry completed his residency at Mass General Hospital’s pharmacy. Throughout his career as a pharmacist, Henry worked in retail and hospital pharmacies as well as assisted with industrial and pharmaceutical research projects at Fisons Corp, Astra Pharmaceuticals, and Bayer Corp. He was a member of the APhA, former coach to the Northborough Youth Soccer League and a past Boy Scout Leader with Northborough’s Troop 101. With a passion for anything to do with the outdoors, Henry found pleasure in hunting, fishing, pigeon racing and boating. He was a member of the Marlborough Fish and Game Club and looked forward to training his bird dogs and working the fields with them. He was a gentle man and always good for a practical joke. Most of all, Henry loved the time spent with his family.

Henry is survived by his devoted wife of 45 years, Dr. Patricia A. (Oswalt) Pfeifer; a son, Eric C. Pfeifer and his wife, Heather Briere-Pfeifer; a granddaughter, Maribelle Briere-Pfeifer; a sister, Kathleen Beaumont and her husband David of California; his sister-in-laws, Mary Oswalt of Laconia, NH and Kathryn Waldron and her husband David of Meredith, NH; nieces and nephews. Henry was preceded in death by his sister, Harriet Younker and his brother-in-laws, Edmund and Kenneth Oswalt.

The Pfeifer family wishes to extend heartfelt gratitude to the care team of the Harbor at Shrewsbury Crossings and the nurses of Notre Dame Hospice for their care and concern shown to Henry and the family during this difficult time.

Friends are cordially invited to attend visitation hours from 12–2 p.m. on Saturday, January 25, at Hays Funeral Home, 56 Main Street, Northborough. A memorial service will follow at 2 p.m. in the funeral home.

Donations are being accepted for: ALZHEIMERS IMPACT MOVEMENT.

We encourage you to share your most beloved memories of Henry J. Pfeifer here, so that the family and other loved ones can always see it. You can upload cherished photographs, or share your favorite stories, and can even comment on those shared by others.

Posted Jan 26, 2020 at 03:39pm
Pat, thinking of you and your family during this difficult time. I only got to know you & Hank toward the end of his journey at Harbor,
but the love between you two was so special to see. My most sincere condolences.

Posted Jan 23, 2020 at 12:29am
I met Hank near the end of his journey. There was an immediate connection, something in his smile and the way he would stand at my office door , hands in his pocket " just checking in" and he would come in , sit down and tell me about his day. It always ended with a "thank you" and a smile. He was a kind man, with a good sense of humor, when some of the other people around would start to go on and on and on and on he would look at me roll his eyes and have something smart to say. He never lost his dignity ,sense of humor, gentleness or his love for his family, When words were no longer available to him the smile was still there and sometimes a little nod with eye contact let you know what he was thinking. I am so very grateful and blessed to have known Hank, because of him and his family I am a better person. With every step you took in life you made a difference Hank, and I thank you for having come into my path.
Noreen
Comment Share
Share via:
HS

Sentiments of Serenity Spray was purchased for the family of Henry J. Pfeifer. 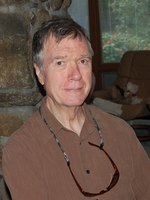 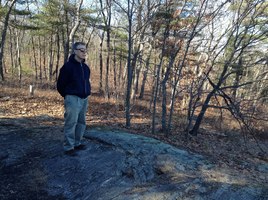 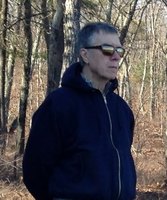