To share your memory on the wall of Jacqueline Siraco, sign in using one of the following options:

Jacqueline C. “Jackie” (Hurrell) Siraco of Northborough, formerly of Salem, NH, passed away peacefully at the University Campus of UMass-Memorial Medical Center after a period of declining health; she was 76 years old. J... Read More
NORTHBOROUGH

Jacqueline C. “Jackie” (Hurrell) Siraco of Northborough, formerly of Salem, NH, passed away peacefully at the University Campus of UMass-Memorial Medical Center after a period of declining health; she was 76 years old. Jackie was the beloved wife of 19 years to Richard T. Siraco.

Jackie was born in Methuen and raised in Lawrence, one of three children to the late Richard and Irene (Cook) Hurrell. She was a graduate of Tenney H.S. Jackie relocated to Salem, NH where she raised her two sons, Frank and George Azorian. She was proud of her home of 30 years on Millville Lake and looked forward to hosting family cookouts and holiday gatherings. During this time Jackie worked as a manufacturing technician at the Digital Corporation.

In 1998 Jackie relocated to Northborough and began working as an executive secretary at Fanuc Controls in Milford. In 2001 she and Richard were married. Together they enjoyed taking many memorable day trips and drives; a favorite being to Niagara Falls. She was proud of her home and enjoyed keeping it and the yard tidy. With a true heart and caring way about her, Jackie loved being around others and looked forward to being involved with family activities.

In addition to her husband Richard and sons, Frank and George, Jackie is survived by three step daughters, Jessica Silver, Kristen Sprague and Jamie Bragdon; a brother, Leonard Hurrell and his wife Gina of Melbourne, FL, and several nieces and nephews. She was preceded in death by a sister, Charlotte Berry.

A graveside service will be held in Howard Street Cemetery, Northborough, at 11:30 AM on Tuesday, July 7, 2020. In lieu of flowers, Jackie’s family respectfully request donations be considered for the American Parkinson Disease Association (apdaparkinson.org) Hays Funeral Home, 56 Main Street, Northborough is honored to assist the Siraco family with Jackie’s arrangements.

To send flowers to the family or plant a tree in memory of Jacqueline C. "Jackie" Siraco (Hurrell), please visit our Heartfelt Sympathies Store.

Receive notifications about information and event scheduling for Jacqueline

We encourage you to share your most beloved memories of Jacqueline here, so that the family and other loved ones can always see it. You can upload cherished photographs, or share your favorite stories, and can even comment on those shared by others. 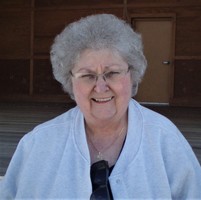 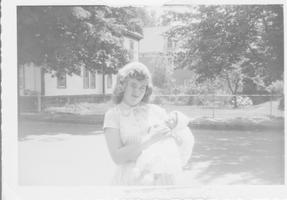 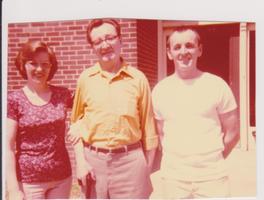 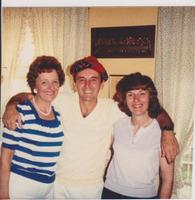