To share your memory on the wall of Jairaj Kochavara, sign in using one of the following options:

Early life
Jairaj Kochavara was born and raised in Mumbai. He had one sister and two extremely loving parents. Both his parents were social workers that helped set up orphanages, helping delinquent children, and supporting big and small charitable ventures throughout their lives. The value of helping others and looking at the positive aspects of a person and ignoring all flaws was something that he learned and implemented from a very young age.

Achievements
Jairaj Kochavara was a highly educated person, his exceptional intellect and personality are manifested in his qualifications and achievements:

Jairaj started his career working as General Manager at Siemens and Johnson & Johnson. He was actively involved in negotiations with Datta Samant as head of personnel. With roots in social service, Jairaj had started several programs for youth at YMCA while serving as the youngest Director there. With all this industry experience behind him, he became a professor of HR and Management at Mumbai Educational Trust (MET). While working at MET, Jairaj partnered with peers and authored books in Corporate Strategy by interviewing and learning from CEOs of India’s top firms. These books are also available for purchase on Amazon today.

Teaching was Jairaj’s passion and he put his heart and soul into imparting knowledge and carving a career path for hundreds of students. Everyone came to him for advice even in matters other than academics. A special person indeed.

Personality
Apart from being a charitable person, Jairaj Kochavara was an extremely simple and humble human being. He did not believe in flashy things, did not burden people in any way, nor did he ever involve himself in negativity of any kind. He truly was one of the best human beings that you could come across.

Everything that Jairaj did, he invested his heart and soul into it. He believed in doing a complete and thorough job in every venture that he undertook. As a result, people loved him for who he was. No matter the age, Jairaj would always have a personal equation with everyone around him. This is highly evident from the fact that he was friends with his students at MET and would often go watch movies with them in theaters. These were students that were 25+ years, or more than a generation younger than him, but they still enjoyed his company and conversations as much as they would interacting with someone from their age group. An attentive and patient listener.

Jairaj followed the life of ‘Live and Let Live’, something that he has consistently taught everyone the value of. He didn’t ever intrude, speak ill, or hold any grudges with anyone. This really attributed to him being in extremely high spirits and peace of mind all the time - a trait that we all are going to miss immensely.

Another principle that Jairaj lived by was ‘waste not, want not’. He was a minimalist and never demanded more than he absolutely needed. In this world of pompousness and materialism, Jairaj always believed and invested in himself - becoming a better person every day and helping others instead of focusing on material gains.

Hobbies
Jairaj was a voracious reader. He loved books and had a library of educational and entertainment literature that he shared with everyone and encouraged all to leverage for their personal and career development. He considered this his most prized possession.

Jairaj was also extremely interested in sports. Whether it was Cricket, Tennis, Chess, Badminton, or any competitive sport - he either would practice playing or diligently watch and follow it on TV. For Cricketing major events and 4 of the Tennis grand slams in a year, he would maintain a diary where he would analyze the permutations and combinations of the participating teams and analyze the potential winners based on the draws and playoffs. He loved discussing these analyses with his family and having a healthy debate around it.

Jairaj was a fantastic Chess player and has helped a lot of people succeed in life by teaching them the game along with an analytical and strategic way of thinking. Until 10 days before he passed away, Jairaj was playing Volleyball, Badminton, and board games with his family and having a gala time winning and outsmarting everyone.

Jairaj was a foodie and always enjoyed a complete meal. He loved eating out at restaurants and thoroughly enjoyed his mid-meal snacks and end of meal sweets. Eating non-vegetarian food was his favorite and his wife did a terrific job at making it even more enjoyable for him.

Jairaj loved listening to soothing music and singing old Bollywood songs. While at MET, he often participated in singing competitions with the rest of the faculty - an activity that he looked forward to and proactively prepared for by looking up the lyrics to specific songs and memorizing them. The faculty at MET loved Jairaj’s demeanor and having him around them.

Children
It goes without saying that Jairaj loved kids. He has left behind 4 children and their significant others to whom he has been more of a father than father-in-law. He has raised his children with unfathomable love and supported them throughout their careers and personal lives until his last day. He was always available for them, and always strived to mold them into respectable characters just like himself.

Jairaj has watched his children grow, establish themselves, and become successful over time. As a father, he was really proud of their accomplishments and always raved about it to his friends and acquaintances.

His children love him dearly and are going to miss him every living day of their lives.

Retirement
Jairaj moved to the US in November of 2018 to enjoy his retirement with his family. During his retirement, he spent a lot of time with his family, enjoying nature, playing games, watching sports, and obviously enjoying tasty food at home and outside at restaurants. He did a lot of reading, solved crossword puzzles, and watched movies (old and new), to keep himself entertained and informed. Traveling with the kids and seeing new places around the US was something he really enjoyed doing as well. Jairaj was also looking to learn a musical instrument in his retirement years. Listening to music and humming to the music was something that Jairaj did regularly in the company of his family.

Even at the age of 74, he was looking at various ways to utilize his skills - whether it was helping his children with strategic management consulting, or teaching his grandkids Chess, reading stories to them, and in general spreading positivity and love everywhere around him.

Wife
The apple of Jairaj’s eye was his wife, Surekha. No matter what, no matter when Jairaj always supported his wife in every aspect of their life. Surekha attributes her success and the success of the entire family to Jairaj’s strong and unhindered support throughout his life. Having lived together for 45 years, raising 4 kids, going through numerous ups and downs, retiring together in a different country, one can only imagine the chemistry they had, developed, and maintained throughout the years. Surekha always reminds everyone of the qualities of Jairaj - simple and pure, someone who always saw the positives in the most negatives of situations. She always has encouraged all their children to learn from their father and shape themselves on similar lines. It is a very big loss for her, but Jairaj has left countless memories for Surekha to reminisce and remember him by.

While Jairaj is not with us anymore and it is never going to be enough to fill the void of his absence, his legacy, teachings, values, and personality are going to live on forever through his family, friends, loved ones who he has touched mentally and imparted a part of himself within them. Jairaj was a man of few words, but the impact he has had on this world will continue to live forever through all of us.
Read Less

To send flowers to the family or plant a tree in memory of Jairaj Thozuth "BaBa" Kochavara, please visit our Heartfelt Sympathies Store.

Receive notifications about information and event scheduling for Jairaj

Print
Funeral Service and Burial will be private, for the family. There are no public services planned.

We encourage you to share your most beloved memories of Jairaj here, so that the family and other loved ones can always see it. You can upload cherished photographs, or share your favorite stories, and can even comment on those shared by others.

Posted Oct 23, 2020 at 12:48pm
Our thoughts and prayers are with you. Will miss Uncle very much. Our heartfelt condolences to the family. 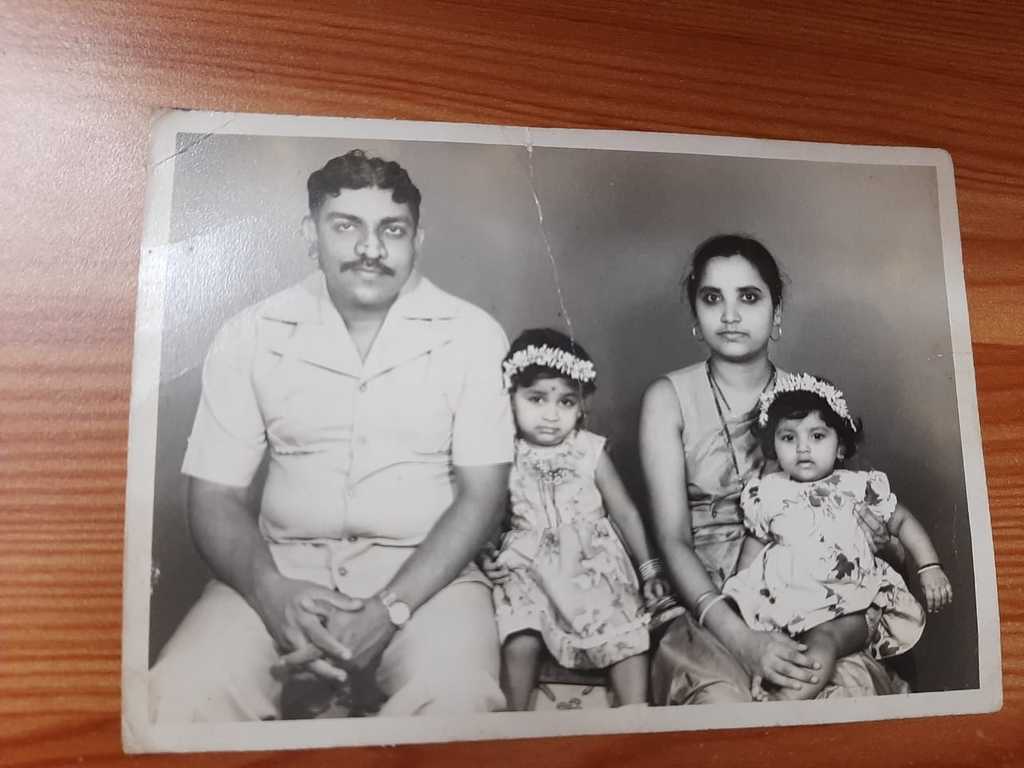 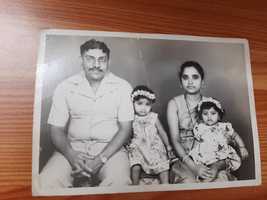 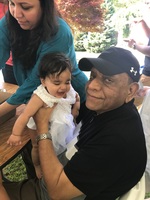 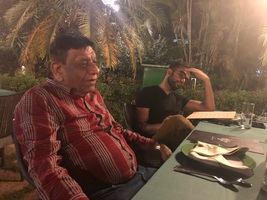