To share your memory on the wall of James Cimino, sign in using one of the following options:

James F. Cimino, of Framingham, formerly of Boston and Brooklyn, NY, passed away on Thursday, June 18, 2020, at the Metrowest Medical Center after being stricken ill at home; he was 67 years old. Jim was born and raised in Bro... Read More
FRAMINGHAM

James F. Cimino, of Framingham, formerly of Boston and Brooklyn, NY, passed away on Thursday, June 18, 2020, at the Metrowest Medical Center after being stricken ill at home; he was 67 years old. Jim was born and raised in Brooklyn, a son of the late Peter and Mary (Magda) Cimino. He was a 1969 graduate of New Utrecht H.S. and Brooklyn College where he studied acting, directing, and theater technology while performing in numerous student and faculty shows.

After graduating, he expressed his lifelong love for theater by participating in many productions as a mainstay of the Adelphian Players in Brooklyn, in summer stock productions in Maine, and in community theater in his beloved, North End.

Upon moving up to Boston in the late 80’s, Jim embarked on his insurance career as an account manager. With over 30 years in the business, Jim’s reach and connections were extensive, it is impossible to list them all here. As fate would have it, this is how he met his future wife, Erica E (Gaucher).

Jim enjoyed the arts, most especially acting, writing and classic Hollywood film noir. He and Erica enjoyed visiting NYC and with a fondness for his hometown, Jim artistically captured life in Brooklyn, both through a book he wrote and a blog he managed. He was known by all as a storyteller with the wit and animation that easily captivated his audiences. Still a surprise to most, Jim was an immensely proud cat “dad”. Given the opportunity, he would gladly show off pictures of Lorelei, Francois, and Oliver. Jim had a kind heart and valued the importance of family; you could count on him to call and check up on you…just because.
Jim is survived by his loving wife Erica, two nieces whom he cherished, Drea and Valerie Cimino, and their mother, Maureen Ravo, as well as Erica’s family who adored him. Jim was predeceased by his brother Peter A Cimino in 2018.

Calling hours will be held from 9-10:30 AM on Friday, June 26, at Hays Funeral Home, 56 Main Street, Northborough. A graveside service will follow at 11 AM in Evergreen Cemetery, Wilson Street, Marlborough.
As an expression of sympathy, memorial contributions may be made to the Great Boston Food Bank gbfb.org.

To read some of Jim's blog, feel free to visit
https://james83rdst.blogspot.com
Read Less

To send flowers to the family or plant a tree in memory of James F. Cimino, please visit our Heartfelt Sympathies Store.

Receive notifications about information and event scheduling for James

We encourage you to share your most beloved memories of James here, so that the family and other loved ones can always see it. You can upload cherished photographs, or share your favorite stories, and can even comment on those shared by others.

Roger & Teri Lamy, Your friends at Liberty, and other have sent flowers to the family of James F. Cimino.
Show you care by sending flowers

Posted Jun 26, 2020 at 09:46am
Dear Erica,
Bob and I are terribly saddened by the sudden passing of Jim. I’ll always remember his Scrabble prowess and good nature. Please accept our heartfelt condolences.
With love,
Lynn and Bob Oneal

Thank you so much, Lynn.
RL

Posted Jun 24, 2020 at 04:42pm
Our deepest sympathy for the sudden lost of James . James was so full of life and had many interest rooted from growing up in Brooklyn .

Thank you so much. Jim loved sharing the stories of growing up in Brooklyn.
YL

Your friends at Liberty

Your friends at Liberty purchased flowers for the family of James Cimino. Send Flowers 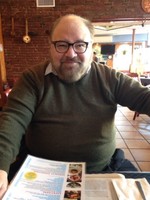 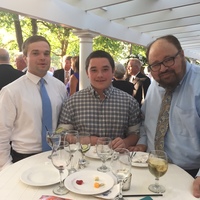 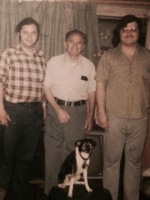 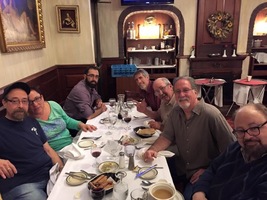