To share your memory on the wall of Joan C. Sullivan, sign in using one of the following options:

Provide comfort for the family by sending flowers or planting a tree in memory of Joan C. Sullivan

Provide comfort for the family by sending flowers or planting a tree in memory of Joan C. Sullivan


Joan (Joanie) Sullivan passed away on February 4, 2020 in her home in Phoenix, AZ. Joan was 63. Joan was the daughter of Dolores Altavilla of Northborough MA and the late Garrett Sullivan. S... Read More
Phoenix, Arizona
Franklin, MA


Joan (Joanie) Sullivan passed away on February 4, 2020 in her home in Phoenix, AZ. Joan was 63. Joan was the daughter of Dolores Altavilla of Northborough MA and the late Garrett Sullivan. She leaves three brothers, Garrett, Gregory and Christopher, and their families who will miss her greatly. Her passing has left a very large hole in their hearts.

Joan graduated from Franklin MA High School, and was enrolled in North Adams College for several years. After leaving North Adams College, Joan enrolled in and graduated from the Stillpoint Center School of Massage in Hatfield, MA as a Certified Practitioner of Therapeutic Massage. She had her own massage therapy practice for several years before moving west, first to California and then settling in Arizona. Joanie worked very hard at several jobs, and everyone she worked with loved her and was amazed by her very positive work ethic.

Joanie was fluent in sign language and had a good grasp of conversational Spanish, Italian, French, and German, and was thinking about learning Arabic. She was an avid reader and loved to dance, hike, swim, scuba dive and snorkel.

Joanie’s family extends an invitation to friends and family to stop by and visit with them at Hays Funeral Home, 56 Main Street, Northborough on Saturday, March 7, 2020, between the hours of 11:00 am – 1:00 pm.
Read Less

To send flowers to the family or plant a tree in memory of Joan C. Sullivan, please visit our Heartfelt Sympathies Store.

We encourage you to share your most beloved memories of Joan C. Sullivan here, so that the family and other loved ones can always see it. You can upload cherished photographs, or share your favorite stories, and can even comment on those shared by others.

Cheryl and Garrett Fazio, cousin Michael MacDonald and Judy, and other have sent flowers to the family of Joan C. Sullivan.
Show you care by sending flowers 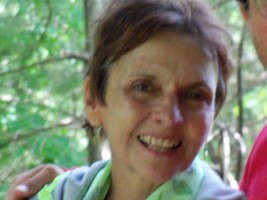 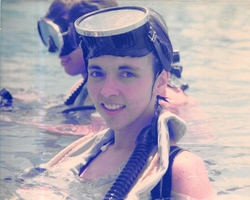 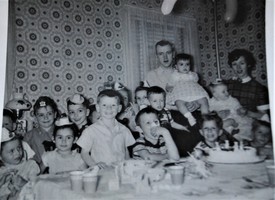