To share your memory on the wall of John Stoddard, sign in using one of the following options:

John was born in Meriden, Connecticut in 1928. In 1950, John graduated from the University of Connecticut and married Phyllis later that year. He was recruited into the Army in 1951 during the Korean War. John wrote and broadcasted news and political commentary as a member of the Army’s First Radio Broadcasting and Leaflet Group.

After the army, John worked for a Hartford radio station, selling advertising. In 1955, he was recruited by Charlie Butcher, owner of The Butcher Company. John began his career with Butcher’s as a door to door salesman. The company became known as the Butcher Polish Company and grew from a small regional business into a successful national and international company.

John and Phyllis settled into their first home in Boxford, Massachusetts, where they raised three daughters, developed lifelong friendships and were active in the close-knit community. John’s interest in the performing arts started in the Tri-Town area, and continued for more than 20 years, including acting with the Vokes Players in Wayland.

The family moved to Northborough in 1976 when John’s work relocated to Marlborough, MA. John’s love for gardening was reflected in his longtime membership with the Worcester Horticultural Society, his participation as a trustee at Tower Hill Botanic Garden, and the many hours he enjoyed tending to his own gardens. During his 41 years at Butcher’s, John joined the Marketing department and retired as the Vice President of Marketing Communication in 1996.

John was an avid reader, joining the Northborough Library, serving on the board of trustees and was involved in the 2009 library renovation. He cherished his volumes of books. John thoroughly enjoyed supporting local businesses and forging friendships with the owners. He frequented Berberian Farms, Festive Breads, Lowes Market, Shattuck Pharmacy, Bigelow Nursery, Bolton Orchards, along with Tower Hill. Family and friends will miss John’s wit, humor and theatrics.

A private remembrance is planned for later this spring. In lieu of flowers, a donation can be made in John’s memory to the Friends of the Northborough Free Library, 34 Main St. Northborough, MA 01532 or to Phyllis Burns Stoddard Endowment Fund c/o Tower Hill Botanic Gardens, 11 French Drive P.O. Box 598 Boylston, MA 01505-0598, or online at http://www.tower-hillbg.org/index.php/support/donate/make-a-gift1/; To share a memory or leave an online condolence, please visit: www.haysfuneralhome.com
Read Less

There are no events scheduled. You can still show your support by sending flowers directly to the family, or planting a memorial tree in memory of John L. Stoddard.
Plant a Tree

Plant a Tree in Memory of John
Plant a tree
0 trees have been planted in memory of John L. Stoddard
JW

Posted Mar 02, 2019 at 12:44pm
I am saddened with the news of John Stoddard's passing. Of all the clients that I was associated with during my 47-year graphic design career, John stands higher than most. I worked with him for 15 years until his retirement. I was always glad when John called with another assignment. He knew what he wanted and conveyed that to me ... making my job easier and the result successful. His contribution to the Butcher Co. was large. I think of all the great product names he came up with (ex: Sgt. Prepper Floor Treatment), and his spot-on marketing expertise. John was a true gentleman ... old school.
My condolences to his family for their loss.
Jeffrey Watkins
Comment Share
Share via:
AM

Posted Feb 27, 2019 at 01:39pm
I am very sorry to learn that John has passed away. He will be very dearly missed and always remembered as a wonderful man. I hope a passage at John 5:28, 29 brings comfort to all who are mourning his passing. Your family will be in my prayers.
Comment Share
Share via: 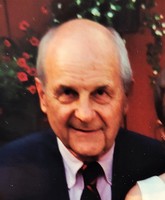 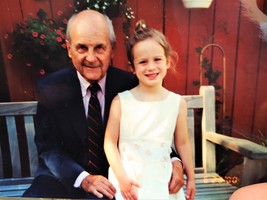 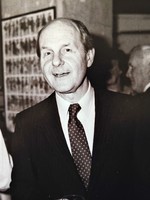 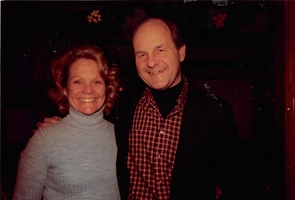