To share your memory on the wall of Louis Rydant, sign in using one of the following options:

Provide comfort for the family of Louis Rydant with a meaningful gesture of sympathy.

Donations are being accepted for: ST JOSEPHS INDIAN SCHOOL.

We encourage you to share your most beloved memories of Louis here, so that the family and other loved ones can always see it. You can upload cherished photographs, or share your favorite stories, and can even comment on those shared by others.

I spoke with Lou when I was in town for my dad’s funeral and told him he had been my inspiration.

Posted Mar 16, 2019 at 08:10am
To Louis Family
I don't know where I would begin, I have so many stories and so much love in my heart for a man who I have known since I was a child and then later to be my mothers best friend and care giver . Lou was so loved by my husband Bernie and I, he respected us and we respected him. He attended so many holidays, kids birthdays & much more , He loved our first granddaughter Eva and seemed to have a special fondness for her, Now I see why, I never knew that was his mothers name.
Just last week I was going through my " Lou Letters" and laughing out-loud with tears in my eyes, he never stopped sending us letters when we moved to Vermont in 2014, we felt guilty moving because we so missed his weekly drive by's to our home in Westboro. The last card we got from him was last August for Bernie's birthday, he wrote a funny letter on the inside and then realized that the card he had was not matching the envelope so in his wisdom he did the reasonable thing and cut the card into two pieces and then it fit just perfect ! we still laugh ! Not only did he treat my mother with so much concern and love but he did the same with all is kids, He came over to Easter last year but only to drop off treats for the kids and left, I felt sad because in my heart I knew that was the last holiday I would ever see him at, I have attached a photo of him and my mother at Easter 2014..
I feel like a better person for knowing Louis, he brightened all of our lives, I'm so sad that that time has passed and he wont be with us in physical form but i know he is in spirit.
We love you Louy and we thank you for all your goodness & wonderful spirit that you shared with us all
Our Deepest Sympathy
Love Jean & Bernie Dargie
Comment Share
Share via:
RR

Will miss you Uncle Lou. You were my Godfather back in 1941. and lived with us in Worcester. After my father, Joe Rydant, died you made sure to visit and assist my mother,Bea Rydant .Thanks Uncle Lou, Dick Rydant 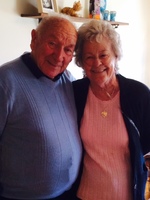 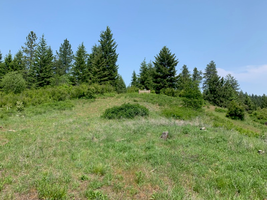