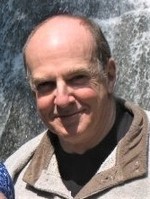 Mark Lieberman passed away on January 23, 2019; he was 72 years old. He was the loving husband to Beverly F. (Shack) Lieberman. Mark was born in New York City and raised in Chicopee, MA, a son to the late Melvin and Elinor (Seltzerman) Lieberman. After studying at UMass-Amherst, Mark started his lifelong career in the Information Technology field as a systems engineer and director of IT. He was a longtime employee at Prime Computer and National Computer Systems, Inc. While at NCS he met the love of his life, Beverly. Soon after, Mark and Beverly were married.

Mark and Beverly together shared their passion for life. Motorcycle road trips, attending the Porsche Club of America -Rambles, and piloting their own private plane were a few of the numerous activities they would share over the 23 years of marriage. Fond memories of their flying days included whale sightings as they flew to Nantucket for their $100 hamburger lunches! Mark looked forward to sporadic trips to Foxwoods, playing a good hand of poker, and sharing his dry humor with friends and family. He was an amazing and competitive racquetball player.

Besides his wife Beverly, Mark is survived by two sons, Curtis Lieberman and his wife Kimberly of Kirkland, WA; Troy Anderson and wife Debbie of WA; a step-daughter, Tabatha Carsus and her husband Jason of Northborough; six grandchildren, Megan, Mark, Danielle, Brittany, Devin and Torey; a great-granddaughter, Saphira; a brother, Harvey Lieberman and his wife Barbara of Portsmouth, RI; nieces, nephews and cousins. He also leaves his beloved Alaskan Malamute, Kodiak.

A time of visitation with Mark’s family will be held from 12 Noon to 2 P.M. on Saturday, February 2nd, at Hays Funeral Home, 56 Main Street, Northborough. His family respectfully suggest that memorial contributions in Mark’s name be made to the Juvenile Diabetes Research Foundation, 26 Broadway, 14th Floor, New York, NY 10004 ( www.jDRF.org )