To share your memory on the wall of Paul Hughes, sign in using one of the following options:

Paul W. Hughes, 73, a lifelong resident of Webster, passed away in his home on Thursday, September 12, 2019. He was loving husband to Phyllis M. (Chenard) Hughes. Paul and Phyllis often shared the story of how they met. Paul ... Read More
Webster, MA

Paul W. Hughes, 73, a lifelong resident of Webster, passed away in his home on Thursday, September 12, 2019. He was loving husband to Phyllis M. (Chenard) Hughes. Paul and Phyllis often shared the story of how they met. Paul hitchhiking and Phyllis passing by on horseback was the beginning of a wonderful 53 years of marriage. Paul was born and raised in Webster, the first of 10 children to the late Thomas E. and Jessie A. (Eddy) Hughes, Sr. Paul operated Hughes Automotive Repair for over 50 years prior to his retirement; there wasn’t anything he could not fix.

Always at the ready to tell a story or two and never one to shy from a conversation, Paul never knew a stranger. He truly wanted to get to know a person and was a family go-to for advice or just to talk out an idea. Paul was a longtime member of Tri-State Baptist Church where he served as deacon, treasurer, and member of the building committee. He served on the board of directors for the Thompson Historical Society and the E. Thompson Cemetery Association and was a member of Antique Truck Club of America and National Truck Historical Society. Paul found enjoyment in collecting and driving vintage cars, most especially Ford Model A’s. He and Phyllis enjoyed traveling to local shows and swap meets to search out parts and see friends; old and new, alike. A man of faith, Paul lived by example. He was among the first to reach out to help others with no expectation in return.

Paul’s family respectfully ask that memorial donations be made in his name to the Tri-State Baptist Church Building Fund, 386 Quinebaug Rd, North Grosvenor Dale, CT 06255. To share a condolence or memory with his family, please visit www.HaysFuneralHome.com.
Read Less

We encourage you to share your most beloved memories of Paul here, so that the family and other loved ones can always see it. You can upload cherished photographs, or share your favorite stories, and can even comment on those shared by others.

Plant a Tree in Memory of Paul
Plant a tree
0 trees have been planted in memory of Paul W. Hughes
NC

Posted Sep 19, 2019 at 03:05pm
Phyllis and family so sorry for your loss I just seen the obituary in the newspaper my thoughts and prayers are with you phyllis you are a wonderful person and a very strong woman I love you sorry again love Nancy Comeau
Comment Share
Share via:
LF

Love from the entire Kaye Family

Posted Sep 16, 2019 at 11:34am
Paul was such a good friend to our dad, Winston & our family. Good men usually seek out other good men! We are sorry for your loss Love always !

Love from the entire Kaye Family purchased the Peaceful White Lilies Basket for the family of Paul Hughes. 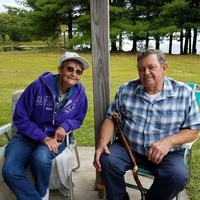 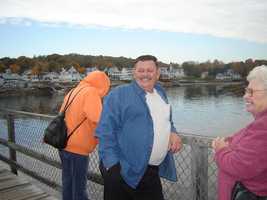 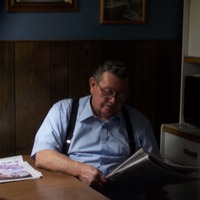