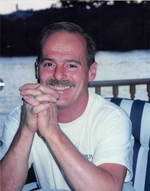 Paul E. Lirette, age 68, a longtime Northborough resident and talented stone mason, passed away peacefully at 11:41am on Sunday, April 25, 2021, after a short illness. Paul was the beloved husband of 35 years to Jane (MacKinnon) Lirette and the son of the late Edgar J. and Gertrude (Hall) Lirette.

Born in Waltham and raised in Sudbury, Paul moved to Marlborough where he attended the former Marlborough Trade High School. He served his country while enlisted in the 82nd Airborne of the United States Army and upon his honorable discharge, started his masonry apprenticeship alongside his father. It was evident early on that Paul was a talented mason. He possessed an artistic gift which gave beauty to the functional aspect of masonry. His career spanned over 40 years, many of which he proudly operated Paul Lirette Mason Contracting.

In his younger years Paul enjoyed any opportunity or person that would allow him to test the limits and have fun. In later years he found enjoyment while caring for his dog and watching the birds that visited his feeders. Above all, Paul loved his children. He could not wait to get home from work so they could head off together on another adventure and he took advantage of every opportunity he was given to talk about their accomplishments.

Calling hours will be held from 5-7pm on Monday, May 3rd, at Hays Funeral Home, 56 Main Street, Northborough. Paul’s funeral and burial will take place privately, at the convenience of his family.

To leave a condolence or to share a memory, please visit www.HaysFuneralHome.com.