To share your memory on the wall of Paul Rhinhart, sign in using one of the following options:

Provide comfort for the family of Paul Rhinhart with a meaningful gesture of sympathy.

Paul William Rhinhart, 70, passed away January 2, 2019, at the UMass Medical Center’s University Campus after suffering a heart attack at home. Paul was born and raised in Fargo, ND, son of the late Olaf Joseph and Leola C... Read More
Northborough

Paul William Rhinhart, 70, passed away January 2, 2019, at the UMass Medical Center’s University Campus after suffering a heart attack at home. Paul was born and raised in Fargo, ND, son of the late Olaf Joseph and Leola C. Rhinhart. He attended Fargo North HS prior to enrolling at Moorhead State College where he majored in accounting. Soon after college he relocated to Washington, DC where he worked as an auditor for the Dept. of the Interior while taking night courses to become a CPA.

Paul was the beloved husband to Jane M. (Morrissey) Rhinhart. While working in Boston he met Jane. This was to be the beginning of a wonderful friendship and journey which they shared for the past 45 years of marriage. During this time, Paul and Jane relocated to Virginia, Maine, and Marlborough, MA prior to their current home of 35 years in Northborough, MA.

Paul was a hard worker with a strong work ethic, enjoying a deserved retirement. He spent countless hours perfecting his handyman skills working on constant projects, top to bottom, in and around the house. For many years he volunteered as a coach for the Northborough Baseball Assn and Northborough Rec Basketball. He took pride in watching his grandchildren play sports, dance and grow up. Whether on memorable family vacations or simply chauffeuring the kids around, it was meaningful to Paul, it meant they were together which was most important.

He loved animals of all kinds, especially the many pets who were part of the family. Paul would also watch the birds coming and going at the feeders, the family of groundhogs scurrying under the shed and be excited to catch a glimpse of a deer grazing in the backyard.

He had a passion for music, especially when played on vinyl. He had a timeless record collection which is well enjoyed by his son Michael. Paul enjoyed playing cards, teaching his kids at early ages, and he had a knack for puzzles spending quality time with daughter Colleen finding just the right piece.

As a long standing member of Mount Calvary Lutheran Church, of Acton, Paul raised his children there and served as an elder. In lieu of flowers, donations may be made to Mt. Calvary Youth Mission Trips.

Calling hours will be held Sunday, January 6th, from 3-5pm at Hays Funeral Home, 56 Main Street, Northborough. A funeral will be held at 11am on Monday, January 7th, at the Mt. Calvary Lutheran Church, 472 Massachusetts Ave, Acton. To share a condolence please visit www.HaysFuneralHome.com.
Read Less

We encourage you to share your most beloved memories of Paul here, so that the family and other loved ones can always see it. You can upload cherished photographs, or share your favorite stories, and can even comment on those shared by others.

Matthew, Gina, Ellie, and John O'Mara and Christopher & Heather Rhinhart have sent flowers to the family of Paul W. Rhinhart.
Show you care by sending flowers

Guaranteed hand delivery by a local florist
Posted Jan 06, 2019 at 09:02pm
Dear Colleen,
Jon and I are so very sorry to hear your loss. Your Dad had a smile that was so wonderfully genuine and contagious. When with him he conveyed a calming presence. Father daughter relationships are special. You and your family are in our thoughts and prayers. Jon and Kathy Rossman

Posted Jan 05, 2019 at 11:22am
Dear Jane, I am so sorry to hear of your husbands passing. Please accept my heartfelt condolences to you and family. May you all find your peace through this difficult time. I will be thinking of you.
Comment Share
Share via:
PP

Posted Jan 05, 2019 at 08:56am
Dear Jane and family:
How sad Linda and I were to hear that Paul had passed. He was a faithful member of the Mt. Calvary. family. We loved seeing him and his large family at church together. Jane, it was great to see you on occasion as well! Paul always had a smile on his face and loved talking basketball and sports. He helped with the annual church audit. We had many special talks at Beth Israel hospital in Boston after his first heart attack. I saw Paul two years ago in church. He glowingly informed me that he was still running the b-ball court on occasion. Todd, Kelly and Tim, all married and living in the Chicago area, send their love and are said to hear this news. They have good memories of hanging with you guys. Remember, the gospel, the gospel hat Paul faithfully believed. Jesus said," because I live, you live also!" Paul is not gone, he just has a new address in heaven! Not goodbye, but til we meet again.
All our love...
Pastor and Linda Perryman (dsperryman@gmail.com)

Posted Jan 05, 2019 at 08:22am
Jane and Family, Please accept our most heartfelt sympathies for your loss... Our thoughts and prayers are with you during this difficult time.

Posted Jan 04, 2019 at 08:03pm
Our peaceful thoughts are with family and memories of Uncle Paul, a wonderful uncle, father and inspiration. 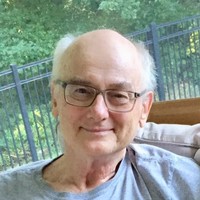 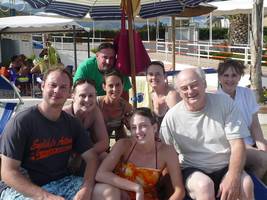 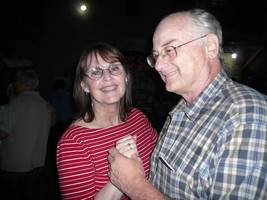