To share your memory on the wall of Pauline Broberg, sign in using one of the following options:

After high school, Pauline attended St. Anselm's College in Manchester, becoming one of the first women to graduate from the college's nursing program in 1960. She became a registered nurse that same year, and went on to serve in that role for 40 years in the greater Boston, Mass. area, caring for patients in nursing homes, substance-abuse treatment centers and psychiatric facilities.

Pauline and Roland raised their family in Foxborough, Mass. In her free time, she was an enthusiastic tennis player, toting the children along when necessary. In her later years she took up golf instead, and was an avid Scrabble player.

In 2016 Pauline retired from Massachusetts to the warmer climate of Raleigh, North Carolina to live near her eldest child.

Pauline is survived by her family, Leslie Broberg and her husband Norman Cloutier of Raleigh, North Carolina, Kenneth Broberg, his wife Rita, and children Hailey, Daniel and Christopher of Clifton Park, New York, and Jennifer Broberg and her son Connor of North Andover, Massachusetts. She is also survived by brother Maurice Duhamel of Manchester, New Hampshire, and sister Marie Sullivan, also of Manchester.

A private interment of ashes will occur in late November 2019 at Howard Street Cemetery in Northborough, Mass.

Memorial contributions are welcomed. These can be made online or by mail to the Dementia Society of America, PO Box 600 - Doylestown, PA 18901; or the Hospice Foundation of America, 1707 L Street NW, Suite 220, Washington, DC 20036.
Read Less

To send flowers to the family or plant a tree in memory of Pauline J. Broberg (Duhamel), please visit our Heartfelt Sympathies Store.

Receive notifications about information and event scheduling for Pauline

We encourage you to share your most beloved memories of Pauline here, so that the family and other loved ones can always see it. You can upload cherished photographs, or share your favorite stories, and can even comment on those shared by others. 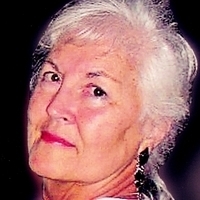