To share your memory on the wall of Ralph A. Parente, Jr., sign in using one of the following options:

Provide comfort for the family by sending flowers or planting a tree in memory of Ralph A. Parente, Jr.

Provide comfort for the family by sending flowers or planting a tree in memory of Ralph A. Parente, Jr.

Ralph Parente, 92, of Northborough peacefully died at home November 12 after a long illness He was born in Milford, Mass, one of eight children of Raffaele and Josephine Parente.
Read More
12/20/27 - 11/12/20

Ralph Parente, 92, of Northborough peacefully died at home November 12 after a long illness He was born in Milford, Mass, one of eight children of Raffaele and Josephine Parente.

Mr. Parente was an artist, potter and teacher. He attended Mass College of Art and obtained his graduate degree at Penn State. His career began in the advertising/commercial art field. He then taught for many years at Anna Maria College, and at the time of his death was still teaching at Quinsigamond Community College.

He was devoted to a long succession of dogs, from Standard Poodles to West Highland and Cairn terriers, all of whom he spoiled. He took interest in everyone he met, and influenced a great number of people, including students, who all remember him fondly.

His favorite activities were traveling, visiting museums, dining out, entertaining, and spending his summers in Maine. A long life, well lived.

He leaves behind his long-time partner Joseph Rice of Northborough, a sister, Barbara Hart of Puyallup, WA, nieces and nephews including Rachel Hart Rios and Leah Redfern of Seattle, Diane Sears of Hopedale, LuAnn Parente of Milford, Matthew Hart of Pasadena, Toni Metherall of Bend Oregon, among others. He also leaves a number of great and grand nieces and nephews including Craig Smith of Milford.

No calling hours or services have been planned. A memorial Mass will be celebrated at a later date.

Those wishing to remember Ralph may do so by making a contribution to the Stuttering Foundation (https://www.stutteringhelp.org/). Arrangements are in care of Hays Funeral Home, 56 Main Street, Northborough. To leave a condolence or to share a memory, please visit www.HaysFuneralHome.com.
Read Less

To plant a memorial tree in honor of Ralph A. Parente, Jr., please visit our Heartfelt Sympathies Store.

Receive notifications about information and event scheduling for Ralph A. Parente, Jr.

Receive text or email updates for Ralph A. Parente, Jr.

We have provided a digital copy (PDF) of the Memorial Program that we supply at the time of the service. To Download this file please click the filename below.

Print
Services at this time were private. Any future services will be announced when planned. Please consider leaving a condolence or kind word here, on this site.

Donations are being accepted for: FRIENDS OF THE NORTHBOROUGH LIBRARY INC.

We encourage you to share your most beloved memories of Ralph A. Parente, Jr. here, so that the family and other loved ones can always see it. You can upload cherished photographs, or share your favorite stories, and can even comment on those shared by others.

Posted Nov 18, 2020 at 01:42pm
Ralph was a Trustee of the Northborough Free Library for many years, and a frequent visitor with Joseph. He was talented, gracious, dapper, charming, and a delight to be with. I particularly enjoyed his 80th birthday party, where I was able to meet his dogs and enjoy his home and hospitality. He continued to send me Christmas cards, even when I retired from the library -- and always with pictures of the dogs. I appreciated that he exhibited many of the "old world" niceties, and added class to any gathering.
Comment Share
Share via:
AF 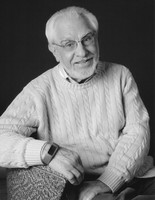