To share your memory on the wall of Richard Annis, sign in using one of the following options:

Richard C. Annis, a longtime Northborough resident, passed away peacefully in his sleep on Tuesday, March 10, 2020; he was 82 years old and the husband of 61 years to Janet L. (Sinclair) Annis. Richard was born in Worcester ... Read More
NORTHBOROUGH

Richard C. Annis, a longtime Northborough resident, passed away peacefully in his sleep on Tuesday, March 10, 2020; he was 82 years old and the husband of 61 years to Janet L. (Sinclair) Annis. Richard was born in Worcester and raised in Westborough, the son of the late Curtis F. and Eunice E. (Dubey) Annis.

Richard worked over forty years at the former Alfax Paper & Engineering Corporation in Westborough. After his retirement Richard worked part-time for several years with Enterprise Car Rental. With a precise skill for sign painting, Richard enjoyed painting and lettering trucks, race cars and local business signage; some of which still stand proudly in the surrounding towns. As an avid midget race car fan Richard served as a NEMA track official for several tracks.

At Richard’s wishes there are no public services planned at this time. In lieu of flowers, kindly consider a memorial donation to the American Heart Association, https://www2.heart.org AHA, POB 417005, Boston, MA 02241-7005. To leave a condolence for his family, please visit www.HaysFuneralHome.com.
Read Less

Print
There are no public services scheduled at this time.

Posted Mar 19, 2020 at 02:34pm
To the Annis family,
My husband and I were sorry to hear of Dick’s passing. Although we were neighbors, we did not know him very well, I remember pleasant conversations, however, when he and your mom walked the dogs. We wish you happy memories and peace and our best to your mom.
Fred and Sharyn Philcox
Comment Share
Share via:
R

Posted Mar 14, 2020 at 02:30am
So sorry to hear of your loss Aunt Janet, Robin and Curt. My deepest condolences to you all in this time of sorrow. Love you all.
Linda Putnam
Comment Share
Share via: 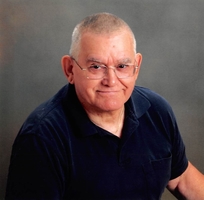 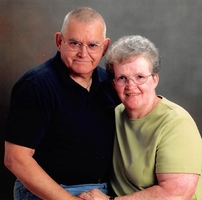