To share your memory on the wall of Richard Peper, sign in using one of the following options:

Provide comfort for the family of Richard Peper with a meaningful gesture of sympathy.

Richard A. Peper, 63, a longtime resident of Northborough, passed away on Monday, April 13, 2020, at the Milford Regional Medical Center. Richard was the son of the late Arthur D. and Elizabeth R. (Chirgwin) Peper and t... Read More
NORTHBOROUGH, MA

Richard A. Peper, 63, a longtime resident of Northborough, passed away on Monday, April 13, 2020, at the Milford Regional Medical Center. Richard was the son of the late Arthur D. and Elizabeth R. (Chirgwin) Peper and the younger brother to Carol A. Peper of White River Junction, Vermont. Richard spent his younger years in Randolph, VT. He graduated from Randolph Union H.S. Class of 1975 prior to earning his degree in broadcasting at the former Grahm Junior College, Boston.

Richard worked in the engineering departments of many Boston based television stations. Most recently he was Chief Engineer at WUTF in Hudson. His dedicated work ethic helped to keep the stations on the air.

With an enjoyment for music and as an avid lifelong parrot-head, Richard found time to catch Jimmy Buffet in concert no less than 30 times. He looked forward to his vacations in Ft. Lauderdale where he immersed himself in the local music scene. Richard also found relaxation summering on his cabin cruiser which he kept moored at Bass River Marina in West Dennis, Cape Cod.

There are no public services planned at this time. Please consider making a contribution in Richard’s memory to the American Cancer Society (www.cancer.org). The next time you hear a Buffet song, think of Richard and pay it forward with an act of kindness to a stranger.

To send flowers to the family or plant a tree in memory of Richard A. Peper, please visit our Heartfelt Sympathies Store.

Print
All services at this time are private. Please consider leaving a condolence or kind word for Richard's family here, on his wall.

Posted May 06, 2020 at 10:56pm
Richard was sweet, kind, and amazingly smart. He spent several years unwinding the audio mess that had grown up at WBZ. His whole career he was fixing engineering messes left by others. When he did build anew he did the best job. He did it all with a smile and a soft, kind voice. He never talked down to others. He was able to teach, enlighten, and enjoy his fellow employees. He leaves a hole in the world. God Bless you Richard. Carol, we will miss him greatly.
Comment Share
Share via:
JH

Posted May 06, 2020 at 08:56pm
I had the pleasure of working with Richard at WSBK-TV38. Besides being a great engineer, he had a wonderful sense of humor. Many years later I met him at Sony Broadcast technical school in San Jose during a class break. He immediately came over to me and said in his famous slow New England drawl, "my hotel is better than your hotel." "Why's that?" I asked. "Because my hotel has free hot dogs and beer in the lobby every afternoon at 5:30," he said. I will miss Richard, gone too soon.
Comment Share
Share via:

Posted Apr 18, 2020 at 11:32am
My name is Moses Primo and I had the privilege to work with Richard in Worcester at WHLL and in Boston at WBZ. Richard was an excellent engineer, quiet in words but his work spoke louder then his voice. I learned a few things with him because he had a lot of experience in television. One thing I remember was a ride with Richard one time from Worcester to Boston in his red Mustang that was his baby. Richard love to drive fast and I never got to work early like I did riding with Richard. Even after I left Mass to go to other employment in Illinois I kept meeting Richard in Las Vegas in the middle of 80,000 during NAB and reminisce about old times and old friends. I will miss Richard. I pray for his soul to Rest In Peace until Jesus coming back soon to takes us to heaven.
Comment Share
Share via:
JH

I am deeply saddened to hear of the loss of Richard. At WBZ-TV, we called him "Dr. Pepper". He talked slowly and calmly, but always had the best solution to a technical issue. His installations were detailed and knowledge vast. I enjoyed working with him and thank him for teaching me what he did with his good manner. 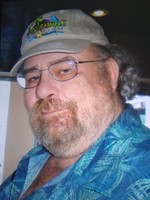