To share your memory on the wall of Richard Vlock, sign in using one of the following options:

Richard S. Vlock, DDS, of Northborough, formerly of Gloversville, NY, passed away at the UMASS University Medical Center in Worcester on Saturday, August 17, 2019. He was 91 years old. He leaves his loving and devoted wife of 65 years, Ruth I. (Lehman) Vlock.

Richard was born in New York City, a son to the late Mark and Anna (Hermann) Vlock. He attended Bronx High School of Science, graduating at age 16 prior to matriculating at Cornell University. After taking a break from his studies to serve his country in WWII and receiving an honorable discharge from the Army, Richard continued his education at Cornell where was awarded a BS in Chemistry. After working as a chemist for a few years, Richard entered New York University, achieving his DDS. From there, he attended Columbia University where he completed a specialization in Orthodontics.

For several years Richard worked in NYC area dental offices, until in 1963 he and Ruth moved their young family upstate to Gloversville, NY where he operated a successful orthodontic practice. He was actively involved in the NYS Dental Society, serving as President of the Fourth District. He was a Delegate to the American Dental Association and was honored to be inducted into the American College of Dentists and the International College of Dentists. He also served on the Board of Governors of the NYS Dental Society, published articles in dental journals, and held several patents.

In 2015 Richard and Ruth moved to Northborough to be closer to their beloved family. In addition to his wife, Ruth, he is survived by a daughter, Deborah M. Vlock and her husband Joerg Drewitz of Northborough; a son, Robert M. Vlock and his wife Joanne Southwell of Sudbury; seven grandchildren whom he loved deeply: Jessica, Mark and Emily Axel; Annika and Theodor Vlock-Drewitz; and Maximilian and Imogen Vlock. Richard was preceded in death by a daughter, Andrea V. Axel in 1996 and a brother, David Vlock.
Richard was a gentle and loving man who cherished his family above all else. He often remarked that he was happier living in Northborough, an old man surrounded by his children and most of his grandchildren, than he had ever been in his life. He was a true Renaissance man: conversant in the sciences, literature, music history and theory, and much more. He enjoyed living a life of the mind, but equally relished the humbler pleasures: eating, with gusto, all kinds of food—the good, the junky, and especially the sweet; telling a salty joke; soaking up the sun for hours at a time, and absorbing the warmth and love in human touch—the hugs and kisses of the family who were with him constantly in his last four years of life.

An avid musician, Richard played his beloved violin until his fingers swelled and bent beyond use, and one melancholy day he sold it. Ever the optimist, he hardly looked back; instead, he watched others play on YouTube. He could always be found enjoying a concerto, an opera scene, a symphony, or a quartet in his study—unless he was answering questions about dentistry and classical music on Quora.com, where he was a top contributor, or watching videos on a variety of arcane topics. A week or two before his death he started an online “refresher” course in Organic Chemistry, but he confessed that the material was surprisingly difficult to comprehend. Even as he was preparing his leave, Richard was seeking knowledge. He was truly a singular man.

Richard was a member of the Northborough Senior Center. His intellectual and social interests were gratified every week there at meetings of his beloved Dull Men’s Club, whose members embraced him as one of his own, adding a boost to his life at a time when he was increasingly constrained by failing health.
He was our heart, our sun, our true north. He will be sorely missed.

Print
All interment services for Mr. Vlock will be private. There are no public services planned at this time.

Posted Apr 03, 2020 at 11:04am
Pleasurable article. It would appear that a good many simple tips are relying on the innovation factor. “The elegance of honesty needs no adornment.” by Merry Browne.. 메이저사이트

-------------------------------
Another issue of which on-line talking may existing is the self-confidence of your individual. As it will be less difficult to help communicate on the internet, someone who’s going to be really self conscious as well as shy could possibly have a hard time keeping up with who seem to he / she genuinely is usually. The individual as an alternative is similar to living the two oceans. 해외축구중계

Posted Mar 30, 2020 at 05:51am
I am curious to find out what blog system you’re working with? I’m experiencing some minor security problems with my latest blog and I’d like to find something more safe. Do you have any suggestions? Austin Mattress Store

Posted Mar 28, 2020 at 03:43am
thank you for this great read!! I definitely enjoying every little bit of it I have you bookmarked to check out new stuff you post poker online terpercaya

Posted Mar 22, 2020 at 11:27am
Oh my goodness! an excellent article dude. Thanks a ton However My business is experiencing problem with ur rss . Do not know why Struggle to join it. Will there be everyone finding identical rss issue? Anyone who knows kindly respond. Thnkx 먹튀

Posted Mar 18, 2020 at 03:19am
Heya, this is brilliant posting. I truly liked. But there are many of off topic comments. I really would suggest you to get rid of or something like that. That’s only my estimation. Best of luck! 프리미어리그중계 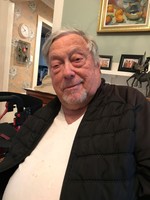 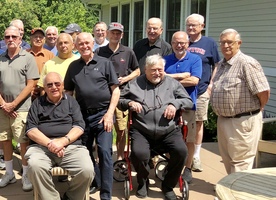