Use the form above to find your loved one. You can search using the name of your loved one, or any family name for current or past services entrusted to our firm.

Click here to view all obituaries
Search Obituaries
Immediate Need
We are here to help you. If you have need of our services, please call us, day or night, at:
508-393-6591
To better prepare yourself, we have provided you with some helpful information regarding the immediate need process.
Contact Us / Location

Ordering flowers from our site ensures that your order will reach us or the family in a timely manner, and your gesture of support will remain acknowledged in the Book of Memories for future generations. We only work with local florists so we can maintain the sense of urgency and quality of your selections. We thank you for helping to support the family during their time of need, and will fondly remember your kind gesture.

We respect the sensitivity and dignity that comes with ordering tribute gifts from the funeral home. It is for this reason that we have attempted to design our online Sympathy Store with the utmost respect to the family and the deceased. We hope you find this service helpful during your time of need and would welcome any comments or suggestions you might have to help us serve our communities better.

To share your memory on the wall of Robert Graney, sign in using one of the following options:

Bob was born in Dorchester, Mass, a son to the late Charles T. and Helen E. (Denoncourt) Graney and was a 1959 graduate of Coyle High School in Taunton. Following high school, Bob served in the U.S. Navy. A testament to his work ethic, Bob worked full time as an engineering technician while attending Northeastern University at night where he earned his B.S. in Mechanical Engineering. For most of his career Bob worked in the defense contracting sector for several companies. Serving as a principal engineer he had designed and developed infra-red sensors and is credited with multiple patents. He also was a founding partner in G & R Engineering Co.

Bob and Charlene lived a short while in Quincy and Randolph before relocating to Northborough in 1971. He enjoyed spending time with his family, working on various projects at home, weekend road trips and attending his grandchildren’s school and sporting events. Bob looked forward to checking in with family and friends to see what he could assist them with; his kind and gentle ways will be missed by those lucky enough to have known him.

Bob is survived by his three children, Robert Graney, Jr. and his wife Sophie of Chelmsford, Kellie Doyle and her husband Brian of Littleton, and Melissa Graney of Berlin; five grandchildren whom he adored, Charlie and Georges Graney and Tommy, Aiden and Audrey Doyle. Bob is also survived by his brother, William Graney and his wife Rosemary of S. Dakota, his sister, Ann Hayes and her husband Michael of Nevada and several nieces and nephews. Bob is predeceased by a brother, Charles Graney and a sister, Mary Blank.

A graveside committal service, with social distancing, will be held at 11 AM on Thursday, June 4, at Howard Street Cemetery, Northborough. When current gathering restrictions are lifted, a memorial Mass and celebration of Bob’s life will be announced. In lieu of flowers, memorial contributions may be made to Boston Children’s Hospital Trust, 401 Park Drive, Suite 602, Boston, MA 02215. www.childrenshospital.org.

To send flowers to the family or plant a tree in memory of Robert Noel Graney, please visit our Heartfelt Sympathies Store.

Posted Jun 11, 2020 at 01:27pm
Please accept our heartfelt sympathies. Our thoughts are with you during this difficult time. Bob was always such kind and friendly neighbor and will be dearly missed.
The Dennis Family
Comment Share
Share via:
CD

Posted Jun 11, 2020 at 01:22pm
Please accept our most heartfelt sympathies for your loss. Your parents were always such kind and thoughtful neighbors and will be dearly missed.

Posted Jun 02, 2020 at 08:00pm
Bobby, Kelli and Melissa So sorry for your loss. Uncle Bob was a wonder man. He will be missed dearly.
Love
Christine, Andrew , Courtney and Caitlin
Comment Share
Share via: 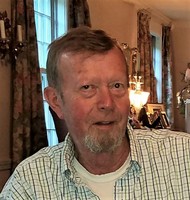