To share your memory on the wall of Russell Jones, sign in using one of the following options:

Russell T. “Rusty” Jones, 68, passed away on Friday, September 13, 2019, from injuries sustained in an automobile accident. Russell was born in Marlborough, a son to the late Leroy R. and Lois E. (Woodcock) Jones. He g... Read More
NORTHBOROUGH

Russell T. “Rusty” Jones, 68, passed away on Friday, September 13, 2019, from injuries sustained in an automobile accident. Russell was born in Marlborough, a son to the late Leroy R. and Lois E. (Woodcock) Jones. He grew up in Northborough, graduated from Algonquin Regional High School in 1970, and was a well-known self-employed carpenter in the Meredith, NH area for many years prior to his return to Northborough to be near family. Rusty enjoyed history, most especially Early American, and was a former member of the Northborough Historical Society. He looked forward to his mornings spent at Chet’s Diner.

To send flowers to the family or plant a tree in memory of Russell T. "Rusty" Jones, please visit our Heartfelt Sympathies Store.

Receive notifications about information and event scheduling for Russell

We encourage you to share your most beloved memories of Russell here, so that the family and other loved ones can always see it. You can upload cherished photographs, or share your favorite stories, and can even comment on those shared by others.

With Love, Your Baseball Family and Christy Cole & Marc Itzkowitz sent flowers to the family of Russell T. "Rusty" Jones.
Show you care by sending flowers

With Love, Your Baseball Family

With Love, Your Baseball Family purchased flowers for the family of Russell Jones. Send Flowers

Posted Sep 16, 2019 at 10:32am
Please accept our most heartfelt sympathies for your loss... Our thoughts are with you and your family during this difficult time. 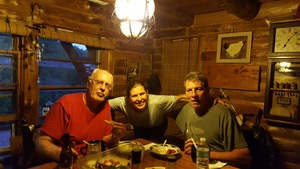 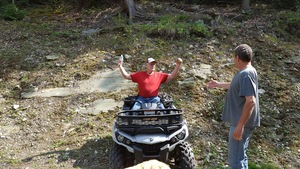