To share your memory on the wall of Thomas Shivick, sign in using one of the following options:

Thomas F. Shivick, Sr., 76, of Pittsburg, NH, passed away on Sunday, Nov. 10, 2019, at his home with his beloved family by his side after a courageous battle with cancer. He was born in Webster, Mass., on... Read More
PITTSBURG, NH
ROCHDALE, MA

Thomas F. Shivick, Sr., 76, of Pittsburg, NH, passed away on Sunday, Nov. 10, 2019, at his home with his beloved family by his side after a courageous battle with cancer. He was born in Webster, Mass., on July 6, 1943, a son to the late Frank and Mary (Vitkus) Shivick, and he lived most of his life in Rochdale, Mass., before moving to Pittsburg.

As an avid outdoorsman, Thomas enjoyed farming, hunting, fishing, water skiing, snowmobiling, ATVing, and boating. He was a competitive league bowler for many years and a talented craftsman with the ability to recreate anything he saw.

The Shivick family respectfully request that expressions of sympathy in memory of Mr. Shivick may be made to the North Country Home Health & Hospice Agency, 536 Cottage St., Littleton, NH 03561.

Please visit www.HaysFuneralHome.com to share a memory or to leave a condolence.
Read Less

To send flowers to the family or plant a tree in memory of Thomas F. Shivick Sr., please visit our Heartfelt Sympathies Store.

Receive notifications about information and event scheduling for Thomas

We encourage you to share your most beloved memories of Thomas here, so that the family and other loved ones can always see it. You can upload cherished photographs, or share your favorite stories, and can even comment on those shared by others.

Love, Your ePay Family sent flowers to the family of Thomas F. Shivick Sr.
Show you care by sending flowers

Posted Nov 19, 2019 at 06:23am
Gayle, I am so sorry for your loss. May your many years of memories bring you comfort.
Comment Share
Share via:
TM

Posted Nov 14, 2019 at 05:21pm
Tom was a great partner and I will miss our phone calls after we retired. I will miss him.
Comment Share
Share via: 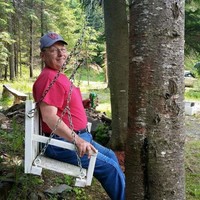 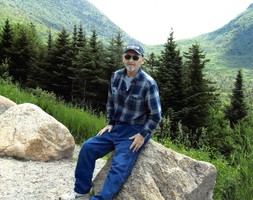