To share your memory on the wall of Virginia Allen, sign in using one of the following options:

Virginia L. (Doten) Allen, 93, was called to her heavenly home on Friday, November 22, 2019. She was preceded in death by her husband, Robert G. Allen in 1996. Virginia was born and raised in Montpe... Read More
NORTHBOROUGH, MA
SPRINGFIELD, MA

Virginia L. (Doten) Allen, 93, was called to her heavenly home on Friday, November 22, 2019. She was preceded in death by her husband, Robert G. Allen in 1996. Virginia was born and raised in Montpelier, VT, a daughter to the late Irwin L. and Winnie Mae (Clark) Doten. She was a graduate of Trade High School in Springfield, MA and worked at Diamond Match Corp., Solo Cup Corp., the former Steiger Department Store and in her later years, as a bus aide.

Anyone that knew Virginia could see that her faith in God was strong and that it was an integral part of her life. She enjoyed singing and playing the organ and piano. Virginia is survived by three children, Gloria Allen of Northborough, David Allen (Joanne) of Northborough and Daniel Allen (Jennifer) of Ridgecrest, CA; five grandchildren, Christopher, Jennifer, Dawn, David Jr. and Cassandra; seven great- grandchildren, Eric, Evan, Brenden, Brayden, Noah, Layla and Matthew; nieces and nephews. Virginia’s two grandsons, Mark Anthony and Matthew Wayne, and her two sisters, Irene and Louise predeceased her.

Virginia will be laid to rest privately at Hillcrest Park Cemetery, Springfield, MA.

In lieu of flowers Virginia’s family respectfully request memorial contributions be made to the Pan-Mass Challenge via www.PMC.org/da0078 .
Read Less

We encourage you to share your most beloved memories of Virginia here, so that the family and other loved ones can always see it. You can upload cherished photographs, or share your favorite stories, and can even comment on those shared by others.

Posted Nov 29, 2019 at 08:42pm
My heartfelt condolences for your loss. Please find comfort in the knowledge that soon God will wipe out every tear from our eyes, and “death will be no more, neither will mourning nor outcry nor pain be anymore. The former things (will) have passed away.”(Rev. 21:3,4) May this promise give you comfort now and a real hope for the future. My deepest sympathies.
Comment Share
Share via:
A

Posted Nov 26, 2019 at 02:19pm
Growing up with Aunt Ginger and Uncle Bob was a wonderful time. Of course they headed out west and then back to the east.
The perfect loving couple are together again.
God bless all the family missing her at this time and hour. She left her memories for you forever. 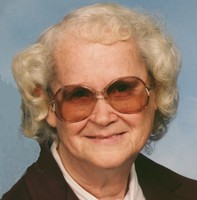