To share your memory on the wall of Warren LaBaire, sign in using one of the following options:

Provide comfort for the family of Warren LaBaire with a meaningful gesture of sympathy.

Warren B. LaBaire, 91, of Grafton, formerly of Northborough, passed away on Saturday, December 15th, 2018, after a short period of declining health. His wife of 65 years, Ann P. (Gladd) LaBaire, passed away on May 19th of this year. Warren was born and raised in Worcester, the son of the late Carl and Betty (Chervinsky) LaBaire. He graduated North High School in 1945, and went on to serve in the U.S. Army. Upon his return, Warren earned his business degree from Worcester Jr. College.
Warren worked in the insurance field throughout his career. He owned and operated LaBaire Insurance Agency in Northborough during the 1970s through the 1990s. He proudly served multiple terms as both Selectman and Chairman of the Board of Selectmen in Northborough. In addition, Warren represented his community as Chairman for the Council of Aging and Northborough Youth Commission, and was a member of the AVCOA Board of Directors. He was involved with the State Council on Youth and served as President of the Department of Mental Health at the former Westborough State Hospital.
Warren had an appreciation for the arts, and was a member of both the Northborough Art Guild and the Grafton Art Society. He enjoyed watercolor painting, tying fishing flies and mastering the art of fly fishing. He looked forward to annual trips to Cape Cod with his family, which were always filled with laughs and relaxation. Warren loved reading and spending time outdoors, taking nature walks and bird watching.
Warren is survived by his children, Paul LaBaire and his wife Beth of Worcester; David LaBaire and his wife Doreen of Dennis; Patricia LaBaire of Kingston; Warren LaBaire, Jr. of Maine; and Nancy Pollack and her husband Peter of Shrewsbury, as well as nine grandchildren and two great-grandchildren, many nieces, nephews, and cousins. He is predeceased by a son, John LaBaire, and a sister, Carol Jamron.
Calling hours will be held on Thursday, December 20th from 5-7 p.m. at Hays Funeral Home, 56 Main St. Northborough. His funeral will take place on Friday, December 21st at 10:30 a.m. at the funeral home. Warren will be laid to rest beside Ann in Howard St. Cemetery, Northborough. In lieu of flowers, memorial donations may be made to the American Diabetes Association.
Read Less

To send flowers in memory of Warren B. LaBaire, please visit our Heartfelt Sympathies Store.

We encourage you to share your most beloved memories of Warren here, so that the family and other loved ones can always see it. You can upload cherished photographs, or share your favorite stories, and can even comment on those shared by others.

the Carpentier, Couture, and Rembetsy-Brown famili sent flowers to the family of Warren B. LaBaire.
Show you care by sending flowers

the Carpentier, Couture, and Rembetsy-Brown famili

Posted Dec 17, 2018 at 09:51am
Our heartfelt thoughts, prayers, and sympathies are extended to you all. With love,

the Carpentier, Couture, and Rembetsy-Brown famili purchased the Blooming Garden Basket for the family of Warren LaBaire. Send Flowers 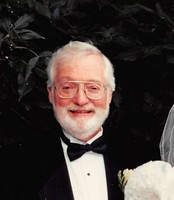 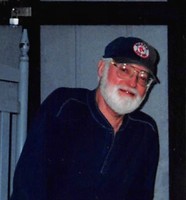 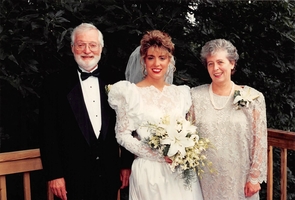