To share your memory on the wall of William Randall, sign in using one of the following options:

He is survived by his son, Russell Randall and his fiancé Heather Hill... Read More
Northborough – William S. “Bill” Randall, 82, of Northborough, died on Monday, April 8, 2019 at the St. Francis Rehabilitation and Nursing Center in Worcester.

He is survived by his son, Russell Randall and his fiancé Heather Hill of Willington, CT; daughters, Deborah Randall of Grafton, Laurie Morse and her husband Keith of Millbury, Jeanne Davies of Worcester; his brother Richard of Florida; sister Patricia of Waltham, as well as five grandchildren: Jason, Christopher, Sean, Sarah and Adam; and a great granddaughter, Emilia.

Bill was born in Newton, the son of the late William S. Randall Sr. and Helen Murphy. He graduated from Our Ladies of Catholic School in Newton. He attended Wentworth Institute of Technology to become a machinist. He was employed as a machinist at Adcole Corporation before retiring in the early 90’s and previously founded his own carpet business. Bill served in the Navy during the Korean War.

He enjoyed sports, boating and hot rods as well as spending time with his family. Bill was a co-founder of the Northborough Youth Hockey Association.

A private service will be held at the convenience of the family. Hays Funeral Home, 56 Main Street, Northborough, MA is assisting the family with arrangements. Please visit www.haysfuneralhome.com to leave a condolence for Bill's family.
Read Less

Print
At William's request, private funeral services were held. There are no public services planned at this time.

We encourage you to share your most beloved memories of William here, so that the family and other loved ones can always see it. You can upload cherished photographs, or share your favorite stories, and can even comment on those shared by others.

Sorry to hear about the passing of your Dad. Many memories from the old neighborhood. 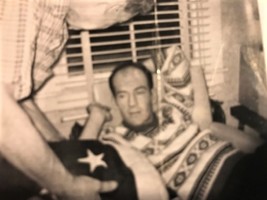 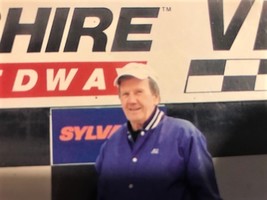